Punishing: Gray Raven finally arrives for Android and iOS in the west

Punishing: Gray Raven is a action RPG with anime characters and gameplay reminiscent of Honkai Impact 3rd. The game was originally released in 2019 and arrived this week on Google Play and App Store in Spain. Punishing: Gray Raven é free of charge to download and play, but requires internet connection. 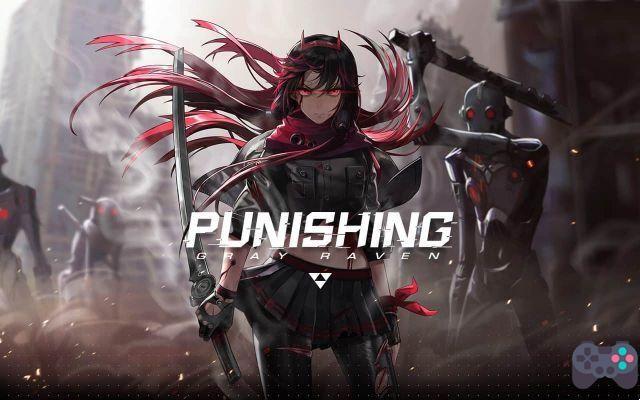 The new game from Kuro games comes to cell phones bringing a difference in relation to other RPG with hack'n slash. The “new element” of Punishing: Gray Raven is the combats that are a little more difficult than the standard we usually see in mobile games. No turning on an “autopilot”. In this game, and right at the beginning, if you don't pay attention, you will constantly lose.

The combats will sometimes remind you of Nier Automata (PC and consoles). The similarity is not for nothing, and has already yielded a partnership with the game from Platinum and Square Enix. The partnership worked so well that many players thought Punishing: Gray Raven was a new Nier game for mobile phones.

Humanity is almost extinct. Earth has been conquered by a robotic army – the Corrupted – twisted and deformed by a biomechanical virus known as The Punishing. The last survivors fled into orbit aboard the Babylon space station. After years of preparation, the Gray Raven special forces unit leads the mission to reclaim their lost homeworld. You are their leader.

As the commander of the Gray Raven unit, you are tasked with assembling the greatest cyborg soldiers the world has ever known and leading them into battle. Uncover the dark truths behind the Punishing Virus, repel the Corrupted and reclaim the Earth in this stylish Action RPG.

Punishing: Gray Raven has good graphics and interesting combat. But what really drew attention was the partnership with Nier Automata. I hope this partnership returns one day, as it was one of the most casual crossovers that happened in the game when it was still just a game released in Southeast Asia.

add a comment of Punishing: Gray Raven finally arrives for Android and iOS in the west