A krafton launched this morning (11) the long-awaited PUBG New State. With impressive graphics, the new shooter and survival game focuses on intermediate and premium smartphones, using technologies such as Vulkan and Metal to get the most out of the most modern cell phones. 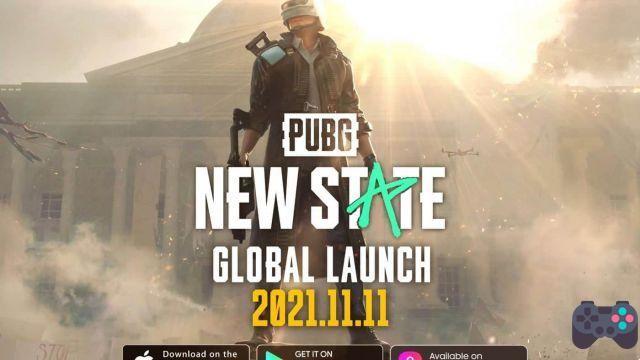 Seeking to modernize itself, PUBG New State presents a more futuristic proposal than the original game. However, the game will not be as fanciful as PUBG Mobile.

PUBG New State has four maps, including the futuristic Troi and Erangel, the classic map of the PUBG franchise will also be available. According to the producer, the game will receive regular updates and gameplay improvements, as well as constant balances.

We tested the game before launch and this is for sure one of the most optimized versions of PUBG for smartphones. The framerate is pretty stable. The gameplay is fluid and the game seems to be made with a “competitive focus”. New State can scare newbies by suggesting things like “2, 3, or 4-finger HUD” right at the start.

In the field of gameplay, one of the most striking novelties is the drone. A small drone can be used to view terrain from above and locate enemies. It is also possible to use an aiming angle over the character's shoulder. In addition, of course, being able to choose between TPP or FPP (third-person or first-person view, respectively).

PUBG New State has everything to give a good refreshment to the PUBG Mobile community, which is already showing “signs of tiredness”.

At first, the new game will look very similar to the old one, but it's worth remembering that Kraft plans a lot for the new game. The new engine allows using the Vulkan API and “unlocking” the maximum potential of Android smartphones. On iOS, the use of Metal technology is also confirmed.

PUBG: New State: New game is official and is in pre-registration! Meet! ❯

add a comment of PUBG New State: new Battle Royale with Vulkan is released for Android and iOS