Without updates and infested with hackers, PUBG Mobile Lite “shrinks” while Tencent doesn't seem to give a damn. Will we see news for the game, or will it languish until it's removed from Google Play? 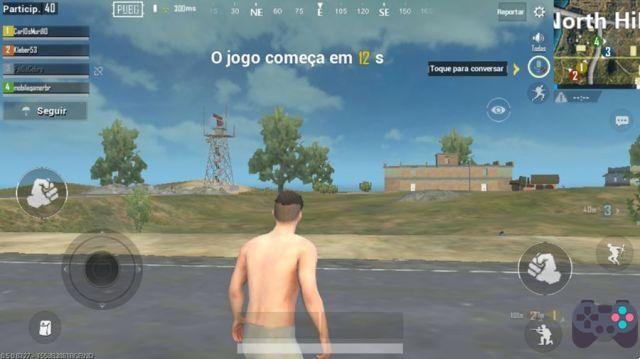 Everything said here refers to the game before the 0.12 update and its final release in August 2019.

– Made just to “plug holes”

PUBG Mobile Lite came about after Tencent realized that CrossFire Legends would not take the crown from Free Fire. The game was created exclusively for Android.

When typing “PUBG”, on Google Play, on a device incompatible with the full version, Garena's game still appeared first in the search. This is how the Lite version was imagined. It had the function of saying that PUBG already existed on cell phones, even if your device had only 1 GB of RAM.

But for Tencent, the worst happened. Free Fire has become a phenomenon. The game is champion of downloads on Google Play and beats record after record.

PUBG Mobile is also doing very well, but the Lite version, eternally in beta, seems to languish, forgotten, without updates.

PUBG Mobile Lite accumulates an average of 500 to 600 thousand downloads per month. It's even a good margin, but in-game purchases are even more useless than the full version, so users don't even spend money on this version. Compared to other Battle Royale games, the Lite version is far below expectations.

Since it was released in August 2018, PUBG Mobile Lite has received some updates, but in fact, the only big news is the inclusion of “war mode”.


The game still continues with the same map as “Erangel Lite” and without any expectations for a new map.

A novelty that usually warms players is the inclusion of skins for their characters. By trying to be the “lightest” possible version of PUBG, PUBG Mobile lite doesn't have any kind of interesting skin. All characters' clothing has very low resolution.

So basically, if you played the game in August 2018, and you play it now, you're going to notice more negatives than positives. The game is literally the same, except there are now a lot more hackers.


– Abandonment of Tencent and Hackers

It was evident that Tencent Games doesn't have many plans for PUBG Mobile Lite. Not even Tencent's own advertising in promoting the lightweight mobile version.

Now, to further spoil the game, hackers are taking over the game and the producer doesn't even have plans to ban users from cheating. Out of 10 games I played in “random squad”, in four, I witnessed hackers on my own team.

Finally, don't be surprised that the mobile lite version of PUBG is removed from Google Play without notice.