PUBG Mobile: Everything that has changed in the New Update (0.12.0)

Check out a full post with everything that has changed in the new PUBG Mobile update, 0.12.0. Menu with PVE (Players vs Event) modes and more. 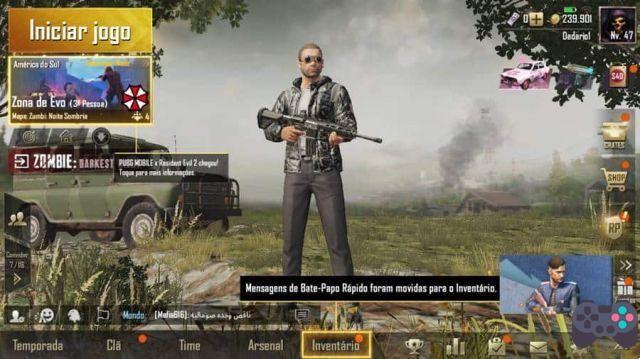 New feature: Evo Zone
– Overrides the event mode.
– Survive Till Dawn is now under this mode.
– More new modes will be added in the future. 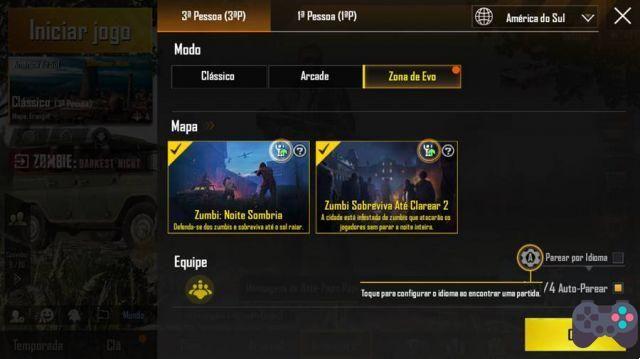 New Evo Zone mode: Dark Night
– Stay alive for one night while fighting zombies.
– All teams that are still alive at dawn will win.

– Players can watch the games their friends, crew or clan members are currently in, and see other people's information as they watch, as well as adjust Spectator mode privacy settings.
– Scope crosshair colors can now be changed in settings.
– Portable lockers can now be swapped during a match.
– Spring Theme and Treasure is now available. Each draw guarantees a unique reward, and Sakura Dacia or Pink Rose Set is a guaranteed drop when drawing 10.
– Popularity has been added to Spaces. Players can now show their support by LIKEing each other, and partnering with friends who have 400 Synergy or more. Partners will appear in each other's spaces.
– Players can now add items from the store as favorites and get notified when these items are on sale.
– Duplicate limited time items will be stacked to show only 1 icon per item with total time remaining (max duration is 999 days).
– New achievements: Best Companion, Superstar, Winning Culture, Adventurer, Till Dawn and One Step Too Much.

Other improvements:
– Automatic door opening has been set.
– Dynamic weather probabilities have been adjusted.
– More buildings have been added to Dino Park, Coal Mines and Goroka in Vikendi.
– The Crew Challenge qualifying stage has been expanded and the top 10 teams now have unique gear.
– Improved emulator detection to prevent emulators from being matched against players on mobile devices.
– Friend invites now show map and delay information.
– Quick chat messages are now edited in Inventory.
– Quick chat messages can now be displayed as a wheel to make sending messages faster and easier.
– Shadow effects can now be turned off to reduce resource consumption, heat and battery usage.
– Added a reminder about disassembling duplicate items for Silver.
– Previews are now available on some pages. Tap the reward icon to view outfits.
– The gallery now only shows items currently in stock in the store.
– Cloth bandana (Leopard) with first purchase ended. Rewards for the first purchase of the season will be updated.
– RP Backpack now remembers settings from the previous season.
– Mythic gear emoticons can now be heard by more players.
– Added haptic feedback for some buttons.
– Added animation to leave magazines empty when reloading.
– Animation for throwing grenades while the prone has been tuned.
– Added animation for opening/closing doors.
– Fixed a bug where hair was not displayed correctly when equipping certain outfits.
– Fixed a bug where Season 6 pants would cause graphical glitches on certain sneakers.
– Fixed a bug where ports were not displayed correctly.
– Fixed a bug where players could get stuck in buildings in certain areas.

add a comment of PUBG Mobile: Everything that has changed in the New Update (0.12.0)