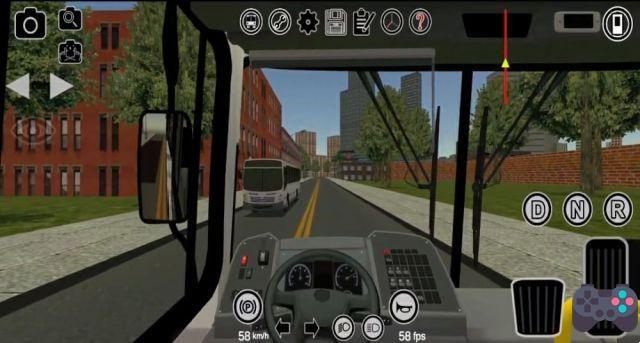 Proton Bus Simulator 2020, known as Proton Bus 2020 or just PBS 2020, is a bus simulator for Android, developed by the Spanish Marcos Elias, also known as MEP. it is available free to download and play on the Play Store of Spain. the game is offline e in Spanish.

During the game, we will walk through the streets of the big cities of São Paulo, gather passengers and try to take them wherever they want. You will drive different models of Bus and go through unique stops in the game developed by MEP. A realistic experience will be waiting for you in the game with different maps and features whether on PC or Mobile devices.

Although the mobile version is simple in terms of graphics, the game is quite satisfying in terms of content. Successful production of over 1 million players is also limited in character models.

In other words, most passengers who take the bus will be of the same type and character. We will fight the fluent traffic in the game and try to take our passengers without accidents. Also, accidents or sudden braking while driving makes passengers unhappy.

Bus Simulator 2020 is a free bus simulator with no missions or points. In it, your objective is to drive through large open-map cities, pick up and take passengers wherever they want. In addition to customizing buses with new paintings, signs and many other modifications that can be downloaded from the official website. The game has a lot of content free of charge being 99% unlocked. PBS 2020 is one of the best Bus simulators on the Play Store and its first version and lite have over a million downloads each.