The game is already being tested in some regions. Project: BloodStrike . According to NetEase, the developer of the new game, the game will be a roguelike battle royale and FPS. However, there is no way not to look at this game and not think that it was heavily inspired by Call of Duty Warzone Mobile. 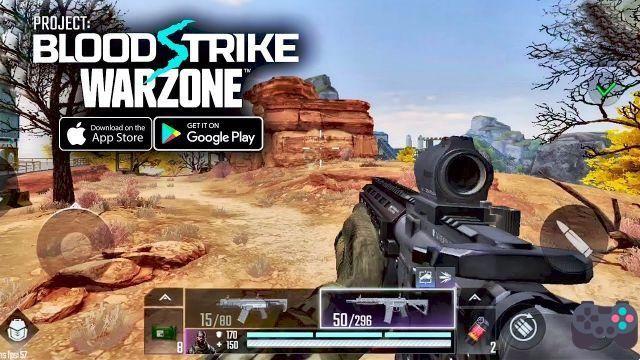 Project: BloodStrike is in testing at Philippines Google Play, you can play the game now by downloading the APK and playing without VPN. However, note that the ping will be very high, as the servers are located in the test zone, that is, in the Philippines.

The jumping, landing, POV and movement animations of the characters make it clear that the game was inspired by Call of Duty Warzone Mobile.

The movement is very fluid and the characters run in the “2X” style, all very fast-paced. This is something I've always noticed in Warzone and here NetEase has replicated it almost perfectly.

The game still has several aids and resources that are very similar to those of Warzone such as Drones, kits to revive, skills for each character and much more.

NetEase seems to have learned to avoid accusations of copying and made a point of leaving the look of the characters and map very different from those of Apex and COD Warzone.

Project: BloodStrike emerges as an interesting option for those who won't be able to play Warzone on mobile in a fluid way.

For now, BloodStrike does not have a 100% pure Battle Royale mode. In fact, the mode present in Project: BloodStrike looks like a mixture of Battle Royale and Plunder. You are automatically revived if there are still active team members. There is no Gulag.

Despite the low creativity, Project: BloodStrike is a strong candidate to be a hugely successful game. The game is very light and will most likely have more compatibility with weak phones than the real Warzone.

Project Cars GO is closed after seven months of its release ❯

add a comment of Project: BloodStrike APK: NetEase is testing its own “COD Warzone Mobile”