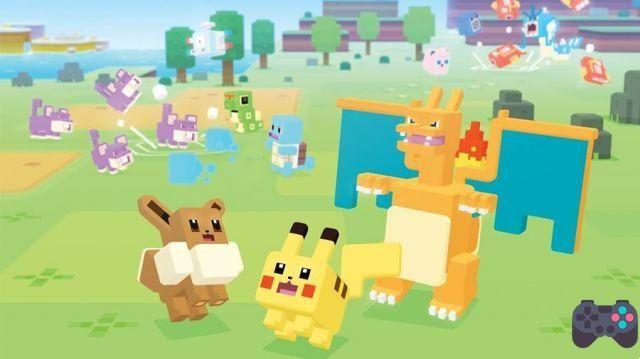 The Pokémon Company International has released Pokémon Quest, promised game of Nintendo Switch which arrives for free on the App Store and Google Play. O cute game is an RPG and features Pokémon characters in a casual style, but with many RPG elements.

Your objective, as in other games in the franchise, is to collect pokémons. But here, you “follow” the adventure more than you actually act. Watch pokemons roam through 3D environments and interact during stressful moments, using each pet's abilities.

The game takes place on an island. Pokémon automatically advance on the map, locating and starting battles against other wild Pokémon. By touching the image of each pokemon, it is possible to trigger a special attack.

Upon winning, the player gains "Power Stones", items that allow you to improve and evolve your Pokemon. But the game's complexity really takes place in the “Rancho”, where you have to find ingredients to cook for the pokémons and thus capture new types.

Made with lowpoly graphics and in a style reminiscent of CrossyRoad (Android e iOS), Pokémon Quest works even on entry-level devices. It's a light game, but it plays out in a very fun way.

At first, the game requires internet to log in to Google Play Games and the App Store, but you can even play offline. However, it is not good to trust too much, as these games from Japanese producers, it is common for the connection requirement to happen from time to time.

Pokemon Rumble Rush (APK and how to play) ❯