Pokémon GO TUTORIAL: 10 Tips and Tricks Nobody Told You 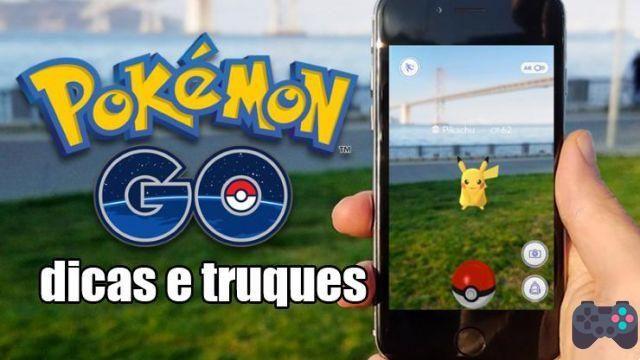 Here are small tips that greatly improve the chance of catching pokemons and prevent you from banging your head aimlessly in Pokémon GO. Many are beginner tips, but some may even surprise the best trainers. He doubts? So check it out.

– No need to get too close to pokestops to collect items

When Pokémon GO was released in Spain, players were desperate for pokestops. The rush was so great that I saw players in vans, running in droves to “enter” a pokéstop (I laughed). 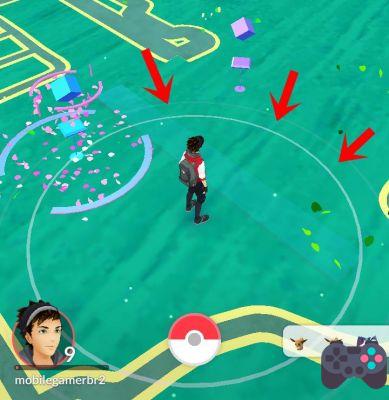 A lot of people think that you have to enter the establishments or stay in the exact location of the Pokéstop to collect more items. Negative. In Pokémon GO, your character has a range. To interact with pokéstops, gyms and even pokemons found on the street, just be within range, something around 10 to 30 meters away.

After level 10, capturing Pokemon is not as easy as it was at the beginning of the game. And with the augmented reality (AR) feature, it gets even more difficult, as you have to find the pokémon and then throw the pokéball in the position where it appears. If you shake your hand a lot, it will be almost impossible. 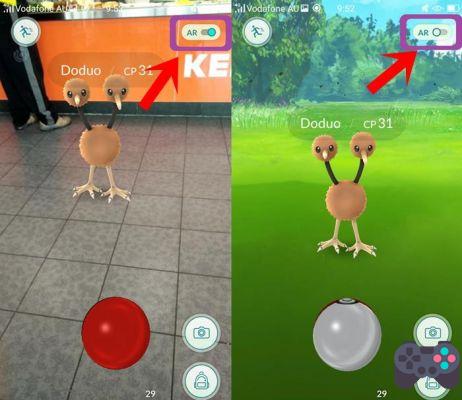 With AR off, pokemons will always stay in the center of the screen, still. Which makes throwing a curveball easier (turn the ball and throw it sideways), granting you extra XP. With the AR feature turned off, it is much easier to train your shots, as basically everyone will be the same. 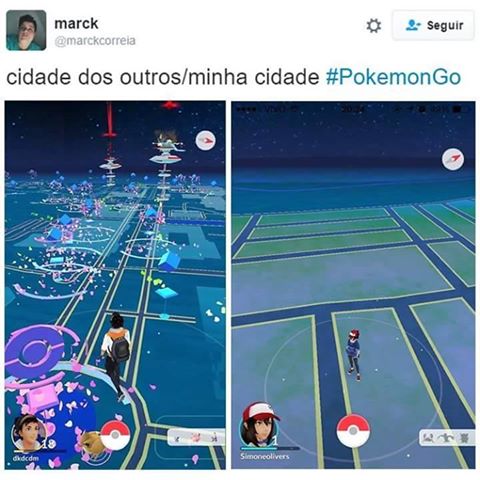 If you live in the countryside or in a sparsely populated area, you can cry. Pokestops in metropolitan areas, in addition to being more common, still give more items than pokestops in less populated locations. Also, it's easier to find pokestops with the Lure Module, a circuit that attracts pokemons. Lure are placed by other players, but you can also enjoy the benefit.

– Pokemon vary by time and location 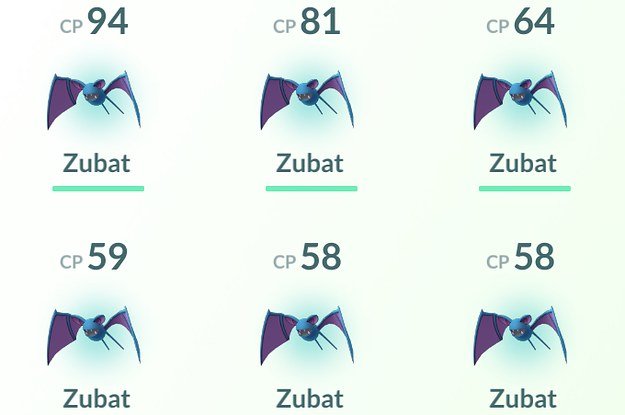 Too many Zubats and Rattatas? There is an explanation for this. Playing only in the same neighborhood and at the same time means always finding the same type of Pokémon. In Pokémon GO, pets vary by time and location. It's not a joke, or rumor, it's about the main mechanic of the game, which is to encourage players to walk and explore the world. Want different pokemons? get ready to walk… a lot.

– Collecting many of the same pokemon is important 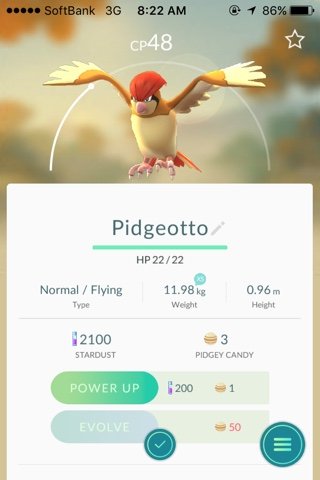 Completing the Pokédex is one of the goals of the game. However, few players understand how the power-up and evolution system works in Pokémon GO. To evolve your pokémon in the game, you need to get candy specific to each type of pokémon. This is only achieved by catching multiple Pokemon of the same type.

– Look for locations with multiple Pokestops to make a stop

As explained at the beginning of this article, your trainer has a very wide range of action. In large cities, it is possible to find places where you can access various pokestops without having to walk. In São Paulo, for example, in Ibirapuera Park, there are several places like this. 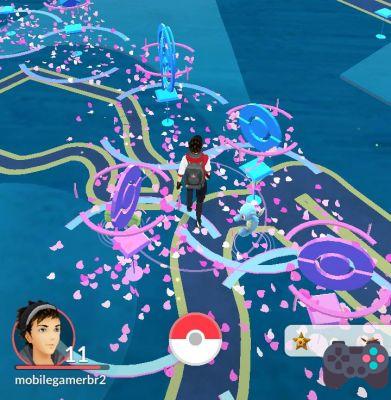 The idea is to sit in the place for a few minutes to collect pokemons and items several times. Take the opportunity to put Lure Module on pokestops to "farm" items and pokemons faster. Enjoy and use Lucky Eggs to double your XP.

– Playing in a group is more fun 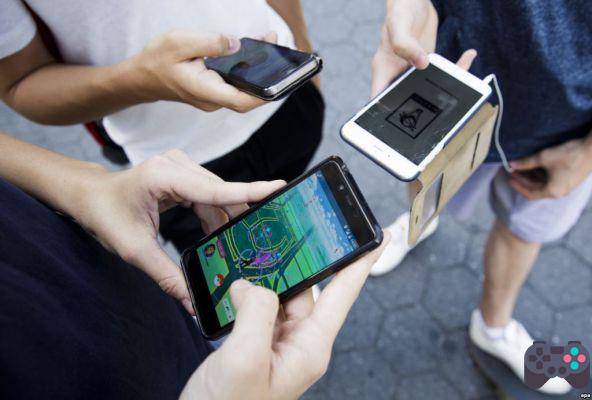 Pokémon GO sounds like a game to play alone, doesn't it? Wrong. Playing in a group is very interesting and you may have already noticed this when visiting pokestops with Lure installed. The tip is, share the place with friends so that each one installs Lure as soon as yours runs out.


The pokemons that will appear will appear differently for each player. For example, each pokémon that appears on the map is actually several units of the same pokémon and allows collection by several different players.

– You can play with the screen horizontally! 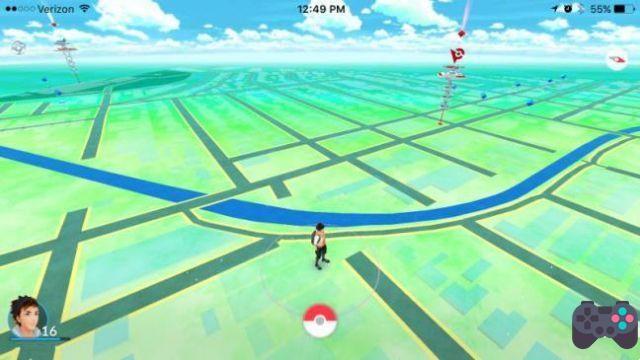 These few people know. There is a way to make Pokémon GO work with the screen “flat” (horizontal / landscape) on iOS. Check out.

The device should open the Safari browser. Ignore this by tapping the home key and return to the app. On Android, it's much easier. Enough download the Set Orientation app.

The game is going to be pretty weird, but it's an interesting way to get a broader view of the map. Ideal for looking for distant pokestops. In some cases, it improves pokemon capture, as it makes throwing easier (depending on the size of the phone's screen).

– How to control Eevee evolution 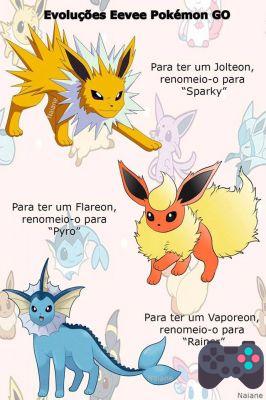 The pokemon Eevee can evolve into three different forms, and it's up to you to choose. To have a Jolteon, just name your Eevee as Sparky. By placing Pyro, he becomes a Flareon, and by placing the name Rainer, you get a Vaporeon. It's worth remembering that it's not enough to have the name, you still need to evolve Eevee using candy and stardust.

– What each egg hatches in Pokémon GO 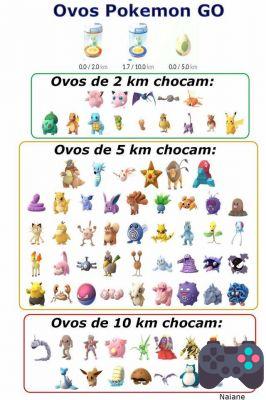 At first, all eggs look the same, but some ask for 2 km, others for 5 km, and some for 10 km. See what each type of egg can yield in Pokémon GO.

add a comment of Pokémon GO TUTORIAL: 10 Tips and Tricks Nobody Told You