Pokémon GO: PokéStops, CP, PokéCoins?? Find out what it means and how it works 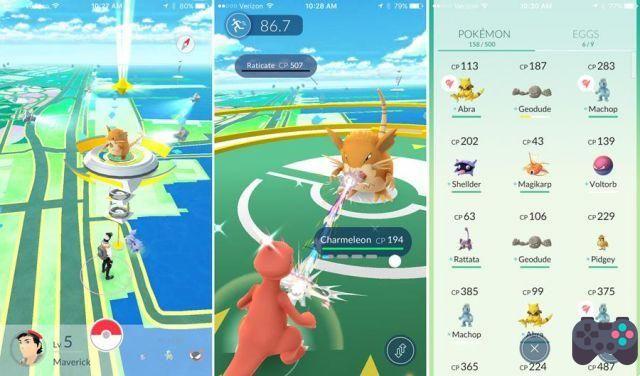 Pokémon GO It's a game that can be confusing at first, there are many new terms and its gameplay is totally different from what players are used to. Check out an article that shows you all the terms and main elements of the game, so you can get started on the right foot and knowing everything about Nintendo's new game.

PokéStops are interesting points on the map that hold several to collect. You can find pokeballs, pokemons, incense, eggs and etc. These places are usually in the same location as libraries, public squares and cultural spots in your city. 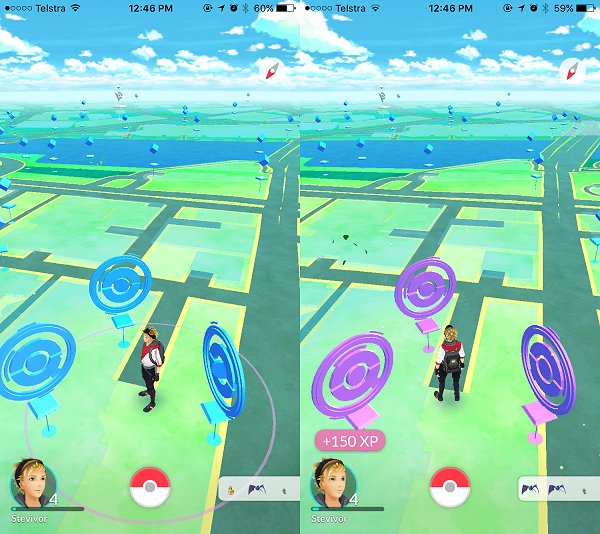 There are no battles in PokéStop, but it's easy to find other players there, as they are places to collect things that help your Pokémon evolve and capture them.

– How does XP work in Pokémon GO?

In Pokémon GO players, oops! Trainers earn experience points (XP) whenever they perform an action in the game. As you level up, thanks to the XP gain, you gain the ability to collect increasingly powerful pokemons.

– What is the acronym CP in Pokémon GO?

CP is the “Combat Power”. All Pokémon start with full HP on capture, but HP can be depleted during a battle. Each Pokémon is given a CP score, which indicates how well it can do in battle. Not all Pokemon have the same CP - for example, if you caught two Pikachu, they don't necessarily have the same CP.

As you gain XP and become a higher level trainer, the CP of the Pokemon you catch will generally increase. However, some types of Pokémon will naturally always have low CP.

PokéCoins are coins that are used in the game to buy items such as Poké Balls. Pokeballs are the first thing you'll spend in the game and need to buy more. They are not limited and you have to either walk around PokéStops a lot to get lots of Poké Balls or buy more with PokéCoins. These coins can also be used to buy other items.

Incense (incense) is an in-game item that works as an insca for pokemons. When used, it draws Pokemon closer to you. The effect lasts for 30 minutes and remains active even if you close the game. You can, for example, use the incense, close the game and check again 10 or 20 minutes later. But if you have it in a place with a lot of players, they might knock on your door..lol.

– What are Eggs and Lucky Eggs? 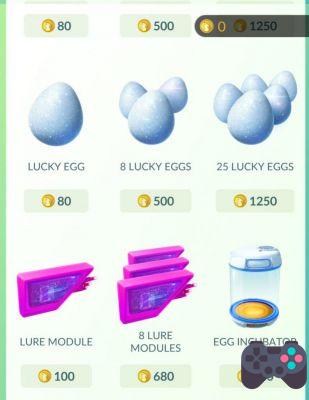 In Pokémon GO, it is possible to collect eggs (eggs). Eggs, as you can imagine, can hatch Pokemon. They can also shock all sorts of other things, including experience and stardust. Once you start getting some more powerful Pokemon that require a lot of stardust to upgrade, eggs will start to become one of your best sources of upgrade materials.

to shock them, walking is required (bus and car do not count). This is where Pokémo GO puts you to exercise, many eggs require at least 5km of walking. There is even a Lucky Egg, a different egg that can become an XP multiplier and increase your evolution as a trainer.

– What is an Egg Incubator?

The Egg Incubator is what you use to hatch Pokemon eggs. At the beginning of the game, you are only entitled to one of them, but you can buy more to hatch several eggs at once. The problem is that this is a very expensive item that doesn't appear to be collected in PokéStops.

Upon reaching Level 5, the player is able to battle in gyms. You have to choose between three teams: Instint, Mystic, Valor (There are no differences between the teams, apart from the color).

When visiting a gym with no defenses, the player can leave a pokemon there to defend the gym on behalf of their team. That pokemon will stay there until you get it back or it is defeated. When arriving at a gym defended by an opposing team, the player has the option to battle for that space.

– What is a Lure Module? 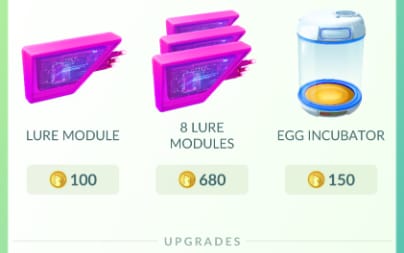 Lure Module is the "incense" that can only be used in PokéStops, they serve to give a boost to the game when you are in a PokéStop, and will stay there for a while. 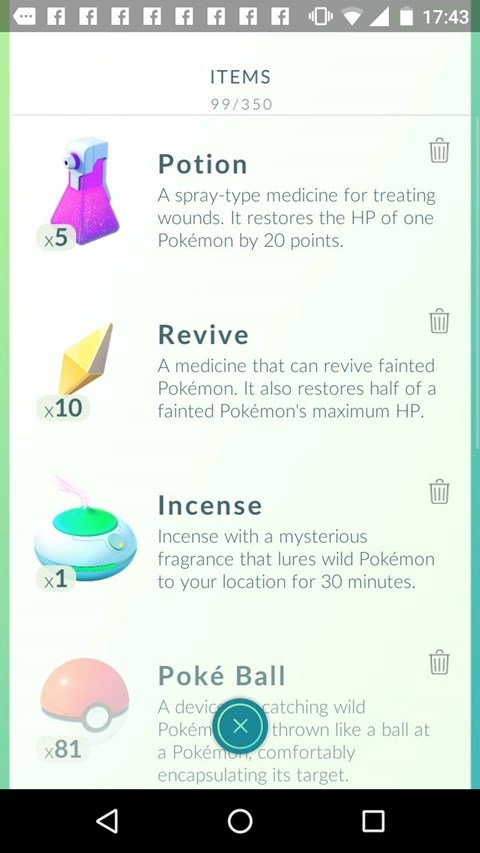 Potion is the famous Healing Potion. With it, it is possible to heal a pokemon by 20 points of HP. Yes, your pokemons are not unlimited and when they are completely defeated they disappear. 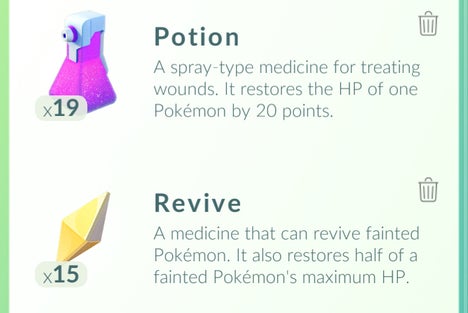 The name itself says it all. Revive is an item that can be used to revive a dead Pokemon. It revives your pokemon with 50% HP.

– What is the Pokémon Storage Upgrade?

Like any free-to-play game, Pokémon GO has its limitations, created to generate money for the game's producer. Here we see the limitation in the way we stock pokemons. No! In Pokémon GO, you don't collect unlimited Pokémon, there is a limitation and you can buy Pokémon Storage Upgrade to increase the amount of Pokémon you can carry by 50.

– How does Bag Upgrade work? 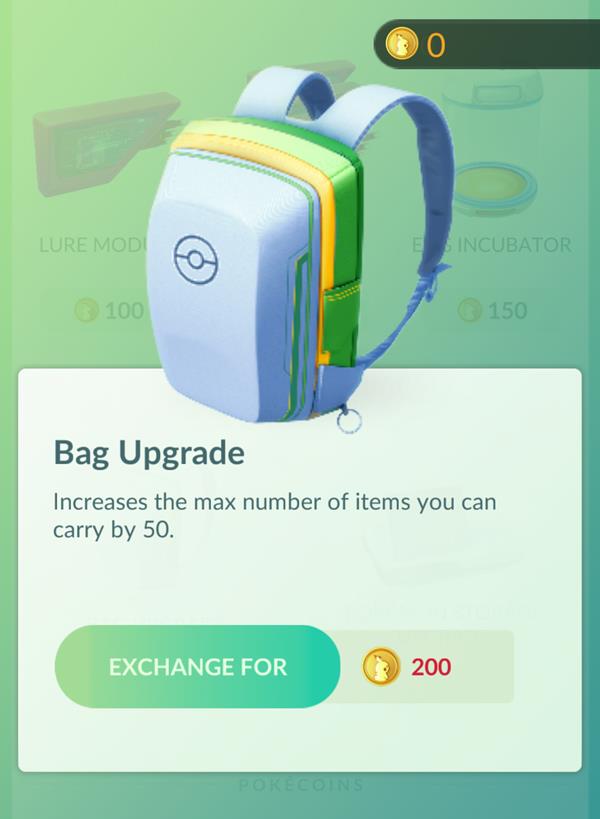 Like Pokemon, other items in the game also have limited storage capacity. To increase the capacity of items, you need to buy an upgrade called Bag Upgrade. It also costs some pokecoins.

Pokémon GO: Website shows percentage of appearance and most active times of each Pokémon ❯

add a comment of Pokémon GO: PokéStops, CP, PokéCoins?? Find out what it means and how it works