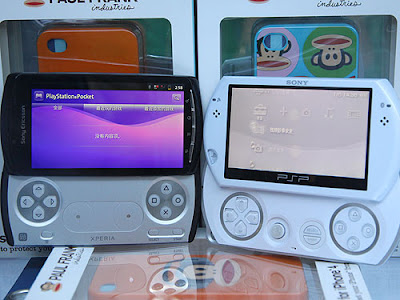 Just two days after having “disappeared” from the factory. The first unofficial PlayStation Phone previews appear on the Chinese forums. A much more complete preview came out today, on the Chinese site IT168 .

Getting straight to the point. It is confirmed that the device bearing the Xperia logo is powered by a Qualcomm Adreno 205 GPU graphics unit, along with the processor that is likely to be a 1GHz Snapdragon QSD8255 identical to the HTC HD. Interestingly, Neocore (demo) is reporting a 59.1fps benchmark result, which is a huge improvement over Snapdragon itself.

Interestingly, it features a gaming app called “Playstation Pocket“. However, no game about him has been announced. It's not yet clear what the app will look like; whether it's going to be PSOne games (there's a writing emulator), PSP games, though, the PSP Go has a 333MHz processor, 64MB of RAM, and a 3.8-inch 480 x 272 display - which results in a totally different.

In the videos below, we see games made for Android running on the device, however, you can see that they are touchscreen versions and do not respond to physical buttons.