PewDiePie's Tuber Simulator is another Android game from the famous youtuber 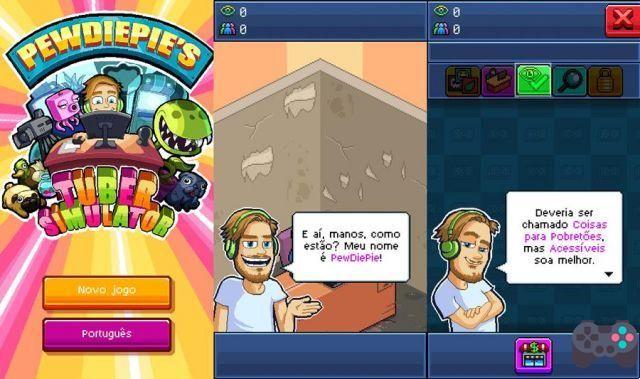 PewDiePie's Tuber Simulator is a Simulation/Tycoon game for Android e iOS, where the famous youtuber PewDiePie, will teach you how to be successful on Youtube. The game has tutorials and simple menus and is all in Spanish. The highlight is the dubbing, all done by the youtuber, and full of jokes.

Tuber Simulator is the second game from the partnership between Outerminds and internet phenomenon PewDiePie. The genre this time is simulation. But the gameplay is completely casual. The game has simple menus, and despite being inspired by the real world, it doesn't leave out simple solutions such as energy bars and focus on unlocking items to customize your game room.

The graphics are in pixelart with a look very similar to the previous game, PewDiePie: Legend of Brofist. The highlight is the dubbing, full of fun jokes and even profanity. The immersion in the “youtuber” world draws attention. Tuber Simulator practically explains how the “profession” of gaming youtuber works. Some references like the “sponsor” eagle are hilarious. 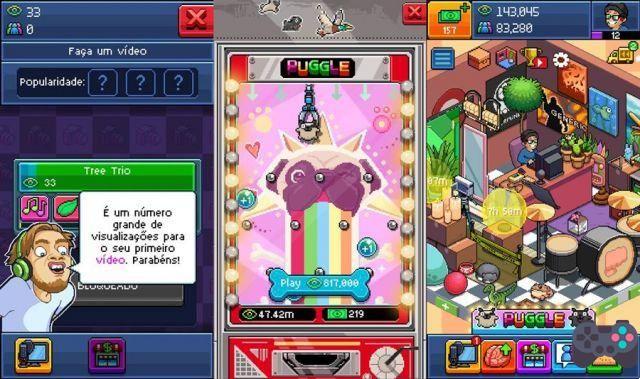 In Tuber Simulator, the player visits menus for: video creation, shop and epic quests. In video creation, you will gain views and followers. You need to follow trends (upper menu) to succeed in the game. As it evolves, the player unlocks perks and paid items, which can also be purchased for real money.

Light and fun, PewDiePie's Tuber Simulator runs great on any Android phone. The game still has as its main element, being OFFLINE, but some items (such as trends and adding friends) need internet.

PewDiePie's Tuber Simulator is a game that impresses with its simplicity and fun. In these times when everyone wants to be a youtuber, the game plays with this new type of profession, with humorous criticisms of youtubers and PewDiePie himself. However, the fun can end quickly if you're anxious, as most of the cool items are paid or take a long time to unlock.