Peter Molyneux did it again! The Trail is a great game for Android and iOS 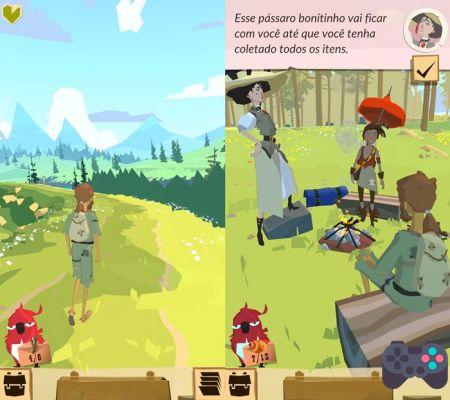 Peter Molyneux is a well-known developer in the video game industry. Whether because of the curious design of his games or the controversies, you can't deny that the guy is a genius. And despite being wrong a lot on consoles and PC, he's been getting it right in his mobile games.

After Greedy (Android, iOS e PC), its newest release The Trail is an instant hit on Google Play. In less than a week, the game has passed 500.000 installs and is approaching one million. It seems “little”, compared to other successes like Pokémon GO e Clash Royale, but it's worth remembering how weird "The Trail" is.

In this game, you are a settler (I would say more of a beggar), who wanders through vast forests, collecting items and completing small quests. You can craft tools and improve your character over time with more comfortable clothes. But the game is neither a Minecraft nor an open world game.

You walk from camp to camp, always following the “trail” (Hence The Trail). The cool thing about this game is that exploration is not done alone. Along the way, you meet other characters, make friends and even steal items from them. 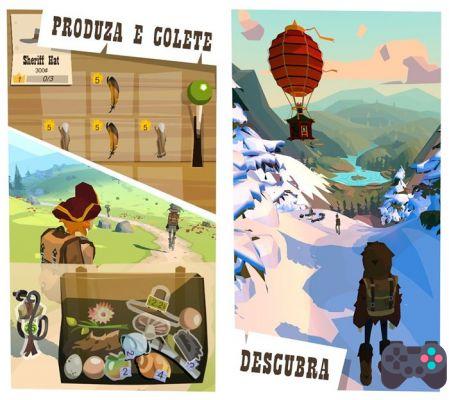 The feeling of discovery is the essence of the game, as nothing is explained beforehand. However, a guide helps you go through the initial moments and how to complete the first missions. After that, you explore and discover on your own what the game has in store.

But don't think of anything with epic showdowns or Red Dead Redemption. The Trail is a slow-paced game with a focus on relaxation. The graphics are simple, only in low poly. But still, it manages to deliver beautiful plains.

The Trail catches anyone. You play a little and decide to explore more, and more… and more. The game is completely offline. There are bonuses for those who want to play with the internet on, but it's not necessary. You can choose any factor that made The Trail captivate you, but surely, the fact that the game is different is the biggest of them.

PewDiePie's Tuber Simulator is another Android game from the famous youtuber ❯

add a comment of Peter Molyneux did it again! The Trail is a great game for Android and iOS