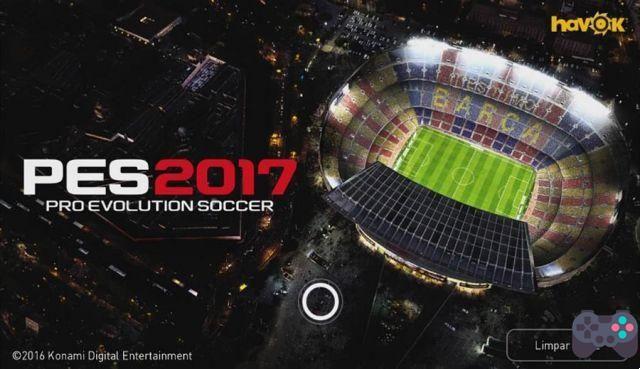 It was already something to look forward to. O APK closed beta test of PES 2017 Mobile leaked on the internet. Videos and more videos began to pop up of players testing Konami's soccer game.

Check out the gameplay of the game on Android, now in Spanish, made by the Spanish channel Adeh Games.

PES 2017 weighs close to 1.2 GB no Android. The game has gesture commands and requires an internet connection. As for the visuals, the game uses the engine Havok. The graphics are very similar to those of FIFA Mobile, but with more fluid animations.

One of the highlights of PES 2017 Mobile is the possibility to download the game's narration in Spanish. In addition, the beta is also fully subtitled in Spanish.

For a closed beta, PES 2017 seems to be a relatively ready game, it seems that only the other teams need to be implemented and balance adjustments made. I have the slight impression that the game will arrive later this year.

The controls are exactly what we had commented on in the other post. PES 2017 has motion controls with different commands and can be confusing at first.

As this is a closed beta and not a softlaunch or open beta, we cannot provide the download link.