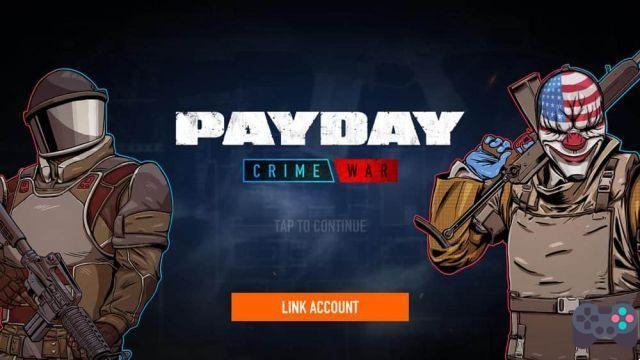 Payday: Crime War will have its servers shut down in December. The game released in "alleged" beta, which had more of a final release look, was a failure with audiences and critics. Crime War will be retired on December 16, 2019.

Payday: Crime War scored mediocre results on both Google Play and the App Store. All in all, the Starbreeze game didn't have 10 monthly downloads. In total, there were more than 100 downloads, but that includes all the betas (and not a few).

Promising to be a mobile version of the classic bank robbing game, Payday: Crime War took a while to include the main game mode for PC and consoles.

The beta tests were always in the "death-death" mode, something that angered even fans of the franchise. In the end, the game didn't look any different from other shooters on the market.

Payday: Crime War has also fallen victim to the massive hype surrounding Battle Royale games and other titles like Call of Duty Mobile. The Starbreeze game failed to keep the hype it had around 2016.

Crime War took a long time to arrive, and it didn't keep up with the change in the shooting game market that happened with the launch of Free Fire and PUBG Mobile.

But Starbreeze didn't give up. She plans to relaunch Payday: Crime War soon with a new publisher.

According to the Gameindustry website, the producer promises to solve some problems in development and return with the title soon. Something that can be difficult, because in the same article, they talk about debts related to the low performance of the game.

add a comment of Payday: Crime War will end in December