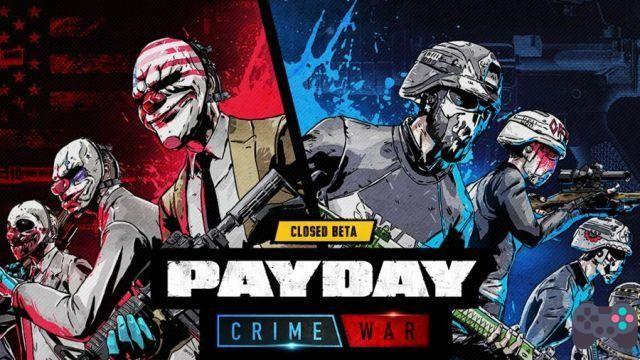 PAYDAY Crime War will finally get out of “paper”. The long-awaited online shooter will enter beta testing next week (10). The test will take place on both Android and iOS systems. See how to sign up and download the game first hand.

The beta test will start on the 10th of September. The beta version allows you to experience matchmaking, performance, mechanics in a limited configuration. The test will continue until the 14th of October. Most likely, PAYDAY Crime War will be released next.

The release of the beta version can be followed in the forum for discussion and feedback. The registration link is only in English and it may be that at first, the game will arrive in English as well.

Announced in 2016, the game has been delayed since then. In PAYDAY Crime War players play as bank robbers or the police. Apparently, this initial test will only be multiplayer (death-death), but the way of robbing banks, typical of the Payday franchise is more than confirmed.