Pascal's Wager Pre-Registered on iOS and Launched in January 2020 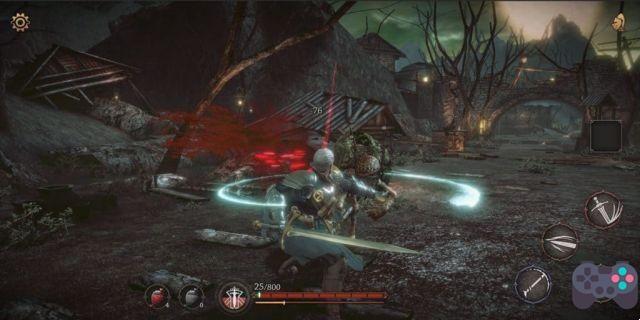 Pascal's Wager, long-awaited 3D action game for mobile devices and PC, will be released first on iOS. The game will arrive on January 16, 2020.

For now, no predictions for the Android version. The game will be paid, offline and will cost  R$ 24.90.

More than promised 20 hours of gameplay with a deep, console-worthy story. PvP mode and DLCs are also planned.

100 OFFLINE GAMES (FREE AND PAID) for iPhone and iPad

Pascal's Wager was presented with all the pomp at Apple's event that also presented Arcade. The game will first come to iDevices weighing in at 3.6GB.

It is unknown if the game will be translated into Spanish, but generally Apple Arcade games are all in Spanish. Below, the translation of the App Store download page, which tells a little about the history of Pascal's Wager.

In ancient times, a natural disaster caused the sun to sink to the bottom of the sea. The continent that lost its light was suddenly covered by a black mist called Sendrils. At the same time, the Colossus, revered by descendants, roamed the Earth for the first time, emitting the spark of light and dispersing the black mist. Its existence brought the only hope for humanity.

Thousands of years later, humans are used to following the colossus, standing and walking through the black fog in its footsteps. However, a mysterious pandemic caused the Colosso to fall. Terrence, the messenger who was kicked out by the church, discovered that the pandemic appeared to have some connection to his wife Teresa, who had left him many years ago. In order to track down the origin of the pandemic and also find his wife who has been missing for many years, Terrence has embarked on a long and painful journey of rescue and redemption.

Below, you can see the pre-registration link and also the download link (when it is released) on the App Store.