Pascal's Wager arrives with everything on iOS 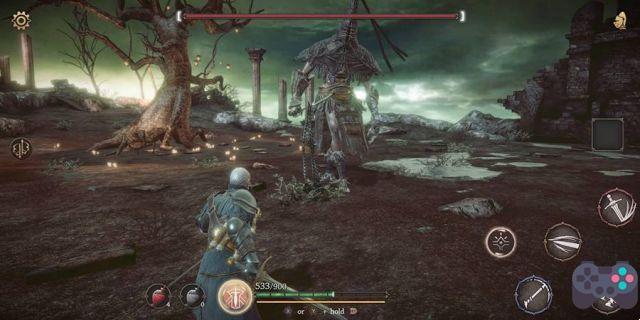 Pascal's Wager, the Dark Souls / Bloodbord mobile is now available for iPhone and iPad. The game costs R$ 24,90, is paid and is available in English.

The game is an action RPG with intricate combat, but without leaving the story aside. The game's plot is deep and features jaw-dropping cut scenes. A game that really creates a lore that makes you want to know and get to the end.

And is the game all that people claimed? Yea!

Like Oceanhorn 2, Pascal's Wager is that mobile game you look at and say, “This game should come out for Nintendo Switch or PS4”.

There are 4 playable characters, scenarios with a lot of content to search and, of course, enemies to face.

“In ancient times, a natural disaster caused the sun to sink into the depths of the ocean. The continent that lost its light was suddenly taken over by a black mist called sendrils. At the same time, the Colossi, who were revered by their descendants, walked the Earth for the first time, emitting a spark of light and dispersing the black mist. Its existence brought the only hope for humanity.

Thousands of years later, humans have grown accustomed to accompanying the Colossi, wandering and walking through the black mist at their feet. However, a mysterious pandemic caused their downfall. Terrence, the patrolman expelled by the church, has discovered that the pandemic appears to have some connection to his wife, Teresa, who left him many years ago. To track down the source of the pandemic, as well as find the wife who disappeared so long ago, Terrence began a long and painful journey of rescue and redemption.”

add a comment of Pascal's Wager arrives with everything on iOS