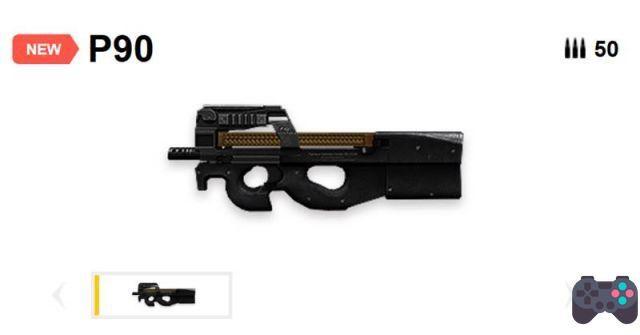 The P90 submachine gun has finally been released to all players on Free Fire. Found in the loot, the new weapon is "causing" in the game. Some say she is excellent, some say she is very bad. But why does the P90 divide opinion so much?

Known from other games, such as in Point Blank, where it is nicknamed the “disgusting” P90, the PXNUMX is a short to mid-range weapon with devastating capabilities. However, in Free Fire you need to know how to use it. 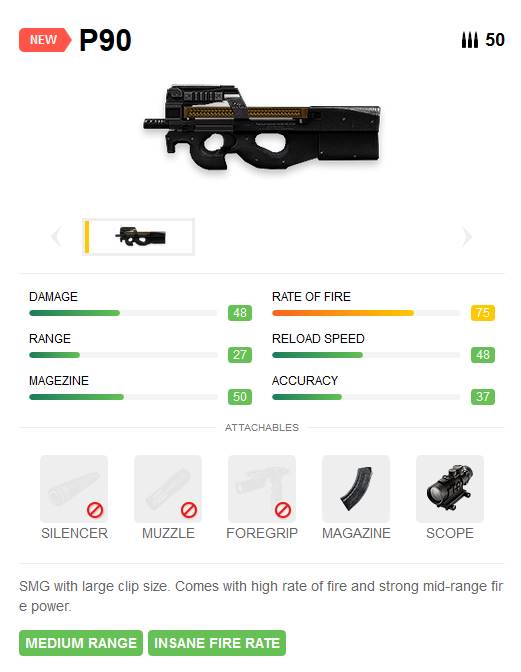 The P90 is interesting, in Free Fire, in short and medium range, mainly because of its long magazine. Free Fire is a game in which competitors have a lot of life. Unlike PUBG, you need to hit a lot of shots to kill an enemy.

But beyond 50 meters, the P90 starts to show its flaws. The weapon's range is only 27 points. A Famas rifle for example has 70. So in a mid-range “exchange”, what will happen is that the P90's bullets will spread out too much and won't hit the enemy.

However, the official table is one thing and in the game it is another. In the game, the P90 is a little broken. Much stronger. As if that's not enough, it's possible to put 4X crosshairs on it.

I don't know if she'll stay that way with this damage. But the P90 is a weapon that came to change the meta, just like Famas did a few months ago. A very good weapon that will not be discarded easily. A P90 and Sniper set seems to fit very well.

Free Fire: Weapons and their Ammo

How to Play Free Fire on Weak PC (2GB RAM)

add a comment of P90: the new Free Fire weapon is causing controversy