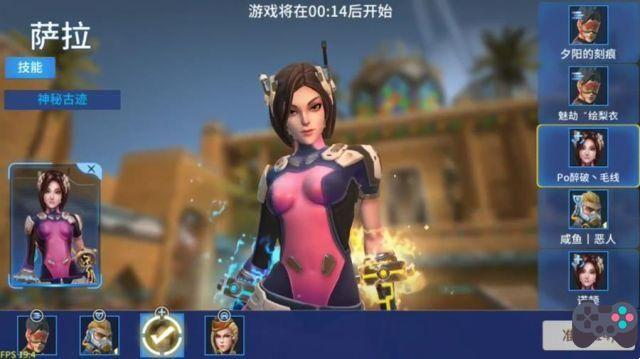 Legion King (王者军团) is a first-person shooter for mobile phones. Android. The game remembers a lot Overwatch and is available to play in China only. Fix, game is in open test.

>>Heroes of Warfare: Here's how to play this “Overwatch for Android”<

A while ago, a production company started developing a mobile game very similar to Overwatch, Blizzard's multiplayer shooter. After a lot of controversy, it seems that the producer managed to adjust the game and remove any third-party content in it. The result? We have an Overwatch for Android mobile. Check out the gameplay below.

To download the game on Android, just access the link below. Tap the green button to download the APK and you're done. Downloading is easy, but the catch is that you need an activation code to play.

The game is inspired by several elements of Overwatch such as heroes with strong personality, frenetic shooting and varied classes. The good news is that characters are no longer blatantly copied like they were in the past.

Anime mobile game “FLY” will also be released in the West ❯