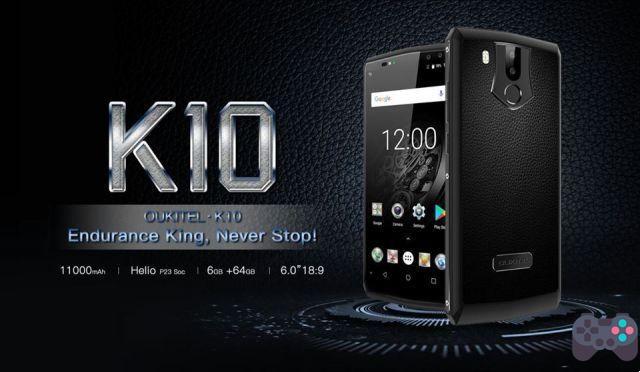 A Oukitel did it again. After launching the K10.000 line, the cheap smartphone maker prepares a cell phone with a battery of 11.000 mAh. But the highlight of the new R-10 it's not even the battery, which was already expected, but the other specs.

The K10 will drop the mid-range/basic moniker to bring in top-of-the-line specs. It will come with a Helios P23 processor, 6GB of RAM, 64GB of internal space and a 6-inch screen.

By design, the device will be the successor of the K10.000 pro, device that we have already analyzed in depth here on the site. Undoubtedly the 11.000 mAh battery will be put to the test with the processador Helios P23 e GPU Mali-G71. Of course, it will not be the most powerful smartphone, but this set with a giant battery, for sure, puts the new Oukitel K10 in the crosshairs of gamers.

The device was revealed on the official Facebook page, but still has no release date. Another “feature” that the new Oukitel K10 is the two rear cameras. Will this new camera set be any good? Leave a comment.