Osteya Adventures – Free and Offline Game for Android and iOS 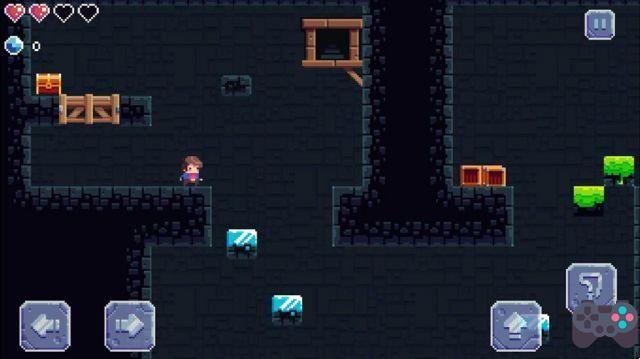 Osteya Adventures is a platform action game with versions for Android and iOS. The player controls a character with a whip, who must travel through this world called Osteya. The game focuses on gameplay through 60 stages, completely free to play.

The gameplay of Osteya Adventures is classic, with only two buttons to move the character (left and right) and jump and attack buttons. The character can perform a double jump, and can also wall-jump Mega Man-style.

Simple game, but with charming presentation. The graphics are in the pixel art style and the game is quite light, running well even on phones with low processing power.

Also released on Steam, Osteya Adventures reinforces the precepts of a good indie game. Focus on gameplay, simple visuals and no in-app purchases.

In all the game has 60 stages, with increasing challenge. It starts in a very simple way, with few challenges and enemies are slowly added. It could be a more varied game, but because it's completely free, there's not much to complain about.