Opinion: Has Pokemon GO become a problem for Niantic? 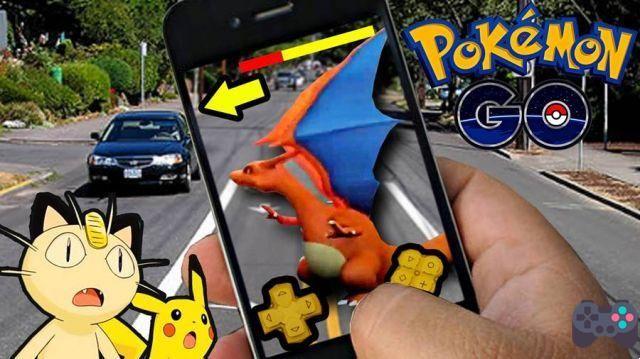 When producing a successful game, all you expect is the laurels of victory and big profits, right? not in the case of Pokémon GO. What was supposed to be an unprecedented hit, and easy money in the pockets of the companies involved, seems to have turned into a tremendous headache.

Prosecutions, accusations of game-related deaths and even a hacked twitter account. None of this goes through the mind of a game producer when launching a successful product on the market. Niantic's life hasn't been easy since it launched Pokémon GO on the North American market almost a month ago.

Since it was officially “given” to the world, Niantic has been wasting more time on legal issues than working on features for the game. Websites and apps that read information from Niantic's servers were sued and closed, while the developer itself was sued by ordinary people for "damage related" to the game. Check out some of the most famous news (none are fake, we've already checked the sources).

In addition, the producer has been heavily criticized since the last update. This latest update removed the "footprints" that indicated nearby pokemons in the "near by" menu. As if that wasn't enough, the update lowered the frequency of rare pokemons and increased the frequency of Zubat and Rattatas, to the point of bumping into one of them every 10 steps.

The search for pokemons has become something casual, they appear or disappear on the map and there is no longer that "quest" feeling when seeing a rare pokémon that is a little far away. Now it's more or less like this: either you run into the pokémon, or you don't find it.

The launch of Pokémon GO has been complicated to say the least, and Niantic's CEO himself has already admitted that. This fact has delayed the release of the game in Spain, which angered Spanish players. The developer spoke out about the game's launch in our country, only after the CEO's Twitter account was HACKED! (link to the news here).

The new migraine for Niantic are PC emulators that emulate both the Android runtime environment, as well as the game and location data. This has generated an immediate break in the game balance. Because players can complete the Pokédex and raise their pokémons to the maximum in a short time (about a week). Niantic's "script" predicted this for at least a year of play.

Gamespot has criticized the way the game is being treated by Niantic on social media. With many delays to implement important features and without any kind of post or release for days. According to Gamespot, this kind of silence is killing Pokémon GO's hype.

See also: 'Pokémon Go' starts to have a drop in players and popularity in the US


The result could not be different. Pokémon GO is already facing loss of players and popularity in the US. Most players test the game for three days and after they see that all the gyms are dominated with very strong pokémons, they give up the game.

The bottom line is that Niantic has a lot to work on to improve Pokémon GO. As it is, the game is unbalanced and unreceptive to those who will start playing. On the other hand, this could be exactly the plan of the producer, who is unable to afford a monumental success like Pokémon GO and has decided to lower player expectations a little, in order to be able to better manage its product.

add a comment of Opinion: Has Pokemon GO become a problem for Niantic?