OpenVPN: The Best VPN App for Android (No Registration) 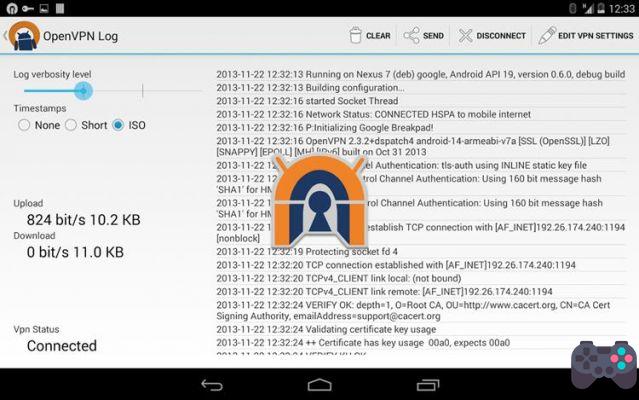 Want to test games like Dark Avenger 3 or Shadow Fight 3? Then you need to install the OpenVPN for Androidthe best VPN app available on Google Play. The great advantage of OpenVPN for Android is that it is completely free requiring neither monthly fee nor registration.

VPN or Virtual Private Network is a private network built on the infrastructure of a public network. With this network built, it is possible for a device to access the internet through another, thus creating a masking of its real IP number and location.

OpenVPN is the VPN app that makes it easy to create VPNs on Android. Its main differential is that it is an Open Source (Free) application and does not require a monthly fee or registration. Ideal for testing soft launch games in different countries.

– How to use OpenVPN for Android

First, download the OpenVPN for Android. The app does not require any extra configuration. Who will do this are the APKs with profiles. To make things simpler, you will need both apps (OpenVPN for Android and VPN Profile APK).

For example, to test a game that is in soft pause in South Korea, the user will have to download Korea VPN. When opening the Korea VPN app, select the checkbox and tap OK.

Then tap the truth button (Play) to start the connection. If successful, the message “Connected” will appear. If you don't connect, tap the green back icon (circle) and the app will look for another Korean IP in the list. The procedure is the same for VPN from any country. 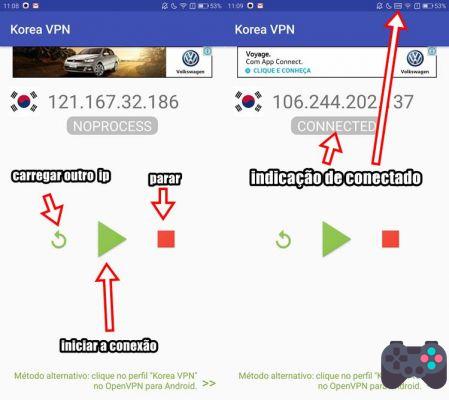 IMPORTANT: Remember that VPN networks are not highly recommended for transmitting sensitive data. So just use them for gaming. In OpenVPN's "Allowed Applications" tab, you can define which applications can use the VPN. preferably leave only the game in question enabled.

In OpenVPN for Android, restrict the apps in the VPN tab in question and then tap on “Allowed Apps”. Leave as in the image below. 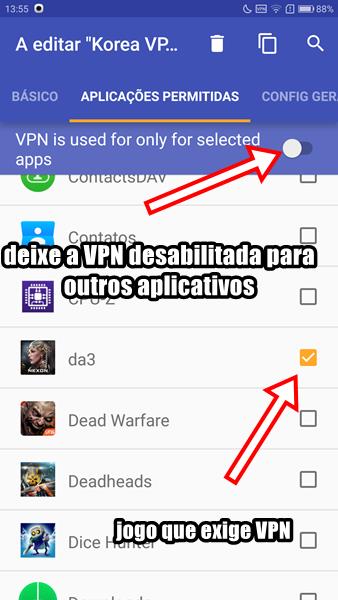 Turn off the VPN once you're done playing. To do this, just go back to Korea VPN (in this example, it can be any country) and tap the red square button (Stop), or through the notification bar.

add a comment of OpenVPN: The Best VPN App for Android (No Registration)