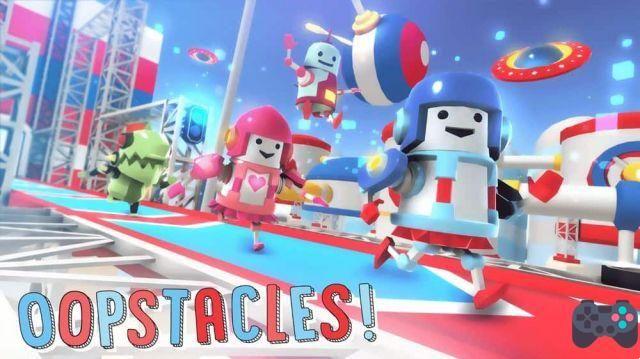 Fall Guys: Ultimate Knockout is a fun game that was released on PC e Playstation 4. The multiplayer game quickly gained worldwide success thanks to its fun physics and funny challenges. The game does not have a mobile version, but there is a similar game called oopstacles.

Oopstacles or Opstáculos has a version for Android and iOS. The game has much simpler controls and that “jolly silly” look that is very similar to Fall Guys. In reality Oopstacles was released earlier, in 2017.

This type of game with tests and challenges with an ultra colorful look is not exactly new. The highlight of Fall Guys was precisely to condense the formula in an online multiplayer. And it is precisely online that Oopstacles sins.

It has multiplayer but it's only 1v1

However, despite the colorful visuals and challenges reminiscent of the “hit of the moment”, Opstacles does not have multiplayer multiplayer. The mobile game looks like it was created from scratch to be a little game to collect coins. Its multiplayer is only for 1v1, that is, one player against another.

Apparently the race has started to see who creates a “Fall Guys Mobile”. Who will make it? Soon we will post a top with games similar to Fall Guys. Don't forget to also download Fall Guys 3D.

OpenVPN: The Best VPN App for Android (No Registration) ❯