A new One-Punch Man game is coming to mobile devices. Titled One Punch Man: The World, the game received a gameplay video this week and already has a confirmed release date. 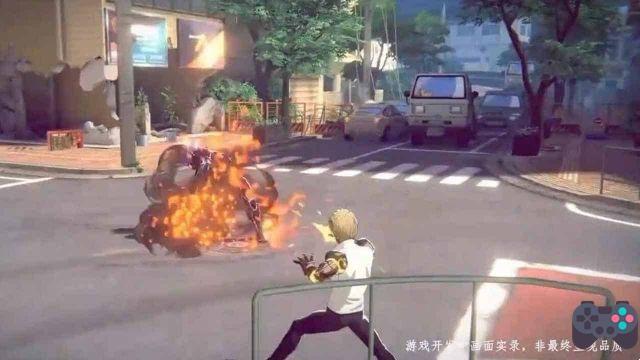 One Punch Man: The World is being developed by T3 Studio, a developer group founded in 2010 with a focus on PC and mobile games. The studio's new Chinese game is a licensed and direct adaptation of the One-Punch Man anime, and it's a 3D action RPG.

The developers announced One Punch Man: The World in April of this year, and last Monday (25th), they announced a new gameplay trailer showing scenes we can expect in the final game, check it out:

The game appears to be extremely well polished and graphically beautiful with this new presentation. The developers will not only give us scenes that are very reminiscent of the anime, but they will let us explore the universe of the work, walking through the streets and performing minigames such as running and fishing, in addition to bringing iconic characters from the series.

According to the game's page on Tap Tap's website, we can expect very true-to-life gameplay thanks to the "high-fidelity physics engine" that "builds a dynamic world". That is, we can expect some elements of open world games, such as day and night cycle and the free exploration of the streets where we are going to play.

So far the game has a very high rating on Tap Tap, with an average rating of 9/10 out of 330 reviews. The game already has an official release date for November 3 this year, but we're still not sure if it's a global release date, or just a local release date.


One Punch Man: The World has also entered closed beta, where players can register on the game's official website until this Sunday (31). Unfortunately it appears that the beta is only available for regions in Europe, Asia and Africa, with no sign of testing for America, and we believe the same goes for pre-registration that can be done on Tap Tap.

Oneplus 3T, K10000 and more: Check out the summer sale on GearBest ❯