One Piece Burning Will: former MMO Mobile gets an unofficial English version

One Piece Burning Will is an MMO with 3D graphics and turn-based battles that was released in 2018 for China only. Mysteriously, the game won a private server (unofficial) in English last Sunday (05). 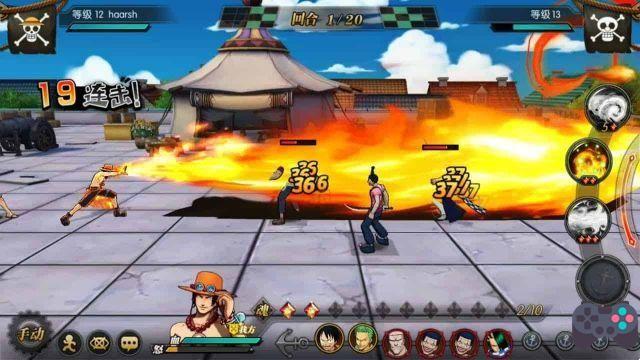 The news was discovered by several mobile youtubers who thought it was an official release, but the DroidRPG found several strange things in the game.

In the game, you can duel against several other players and enemies, and recruit the most powerful characters in One Piece. You'll find heroes very recent in the work, such as Kaido and Kin'emon, and characters with two versions, before and in the new world, such as the character Kuzan and Luffy's crew.

A funny thing is the name of the heroes, where most of the time it appears wrong, like Flamenco (Doflamingo), Red Dog (Akainu), Luo (Law), among other characters. This further confirms that the server and translation are unofficial.

The game was developed by Bandai Namco Shanghai and has acceptable graphics compared to other mobile games.

Because it is a Chinese game, One Piece Burning Will is not available on Google Play, and is only available on the Chinese App Store, for those who have an IOS. Therefore, the only way to play outside of China is through APK.

Also, it could be that the server goes down, or is taken down by Bandai and other companies behind One Piece Burning Will. We do not recommend using this server, both because it is not official and because of the risk of crashing at any moment, but for information, it is possible to download the APK through the site ON Romland. Use the game only to test it.

One Piece Project Fighter: everything we know about the new game for Android and iOS ❯

add a comment of One Piece Burning Will: former MMO Mobile gets an unofficial English version