After a brief period of testing in March of this year, Octopath Traveler: Champions of the Continent launched globally this week with versions for Android and iOS.

The game is free to download and play, but requires a constant internet connection and has lootboxes. 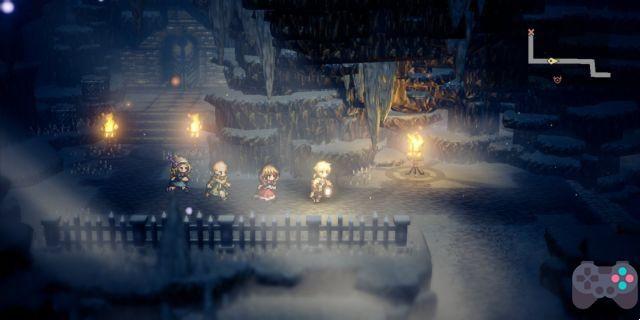 Octopath Traveler: Champions of the Continent (CoC) is a “prequel” to the original game released for Switch in July 2018. CoC retains some characters and the same world, but introduces new protagonists.

Octopath Traveler CoC follows the same visual style as the original game, the so-called “HD-2D”, a game with 3D graphics, but which simulates the classic pixelart of the 90's consoles. The light and shadow effects give a unique air to the game. .

For JRPG fans, Octopath Traveler CoC offers an adventure that mixes nostalgia with novelty. The plot is simple and the gameplay linear. But the great thing is that Square Exix has prepared a lot of content and a lot of characters for players to collect. There are “only” 64 initial characters.

But as we always inform, the game has heavy monetization and lootboxes. So be aware that at any given time, your progression can be “stopped” by the game.

In this prequel to the original game, the player will discover a new adventure through the world of Orsterra. The "Chosen" must rise up against the evil that is taking over the continent.

If you pre-ordered or pre-registered for it, you can download it now. The servers are now online.

Octopath Traveler: Champions of the Continent Pre-Registered on Android ❯

add a comment of Octopath Traveler: Champions of the Continent Launches Globally (Android and iOS)