Noah's Heart: New Game from the Producers of Dragon Raja (Android and iOS) 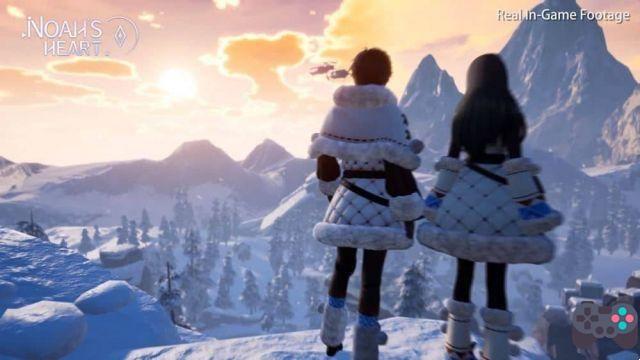 Noah's Heart is the new MMORPG de open world to Android e iOS which will be released in 2021. The game is in production by the same studio that created it. Dragon King. The game and will be released first in China under the Tencent Games imprint.

According to the official description of the game, Noah's Heart will use the Unreal Engine 4 to create a gigantic, continuous and “spherical” map (?). Also according to the description, players will be able to travel through the game's map to go from the hemispheres to the poles, and follow the changes in the weather during the trip. The game world will be procedurally generated and will be different on each game server.

In the story of Noah's Heart, humans live in a "post-civilization era", within an "Earth 2" created by a mysterious entity. The world itself looks pretty tidy, like a combination of fantasy and steampunk. If you choose to get involved in this story, you will be delving into the truth behind your world's creator and discovering that everything is not quite the paradise it seems.

You will be able to gradually build relationships with NPCs scattered around the world. Meeting the locals can end up triggering special events for you to attend, and they can also provide you with useful information on your adventure.

Noah's Heart will follow the same philosophy as Dragon Raja. The game will have a greater focus on plot and single player. During side quests, you will have to make difficult decisions that will impact the story. For example, keeping certain characters alive during rescue attempts can cause this mission to progress in an entirely different direction. And once a choice has been made, there is no going back.

Noah's Heart is also being prepared for a western release. The game already has an official Facebook page.

See the gameplay of the new Metal Slug CODE: J for Android and iOS

Colorful names for Stumble Guys, learn how to put them ❯

add a comment of Noah's Heart: New Game from the Producers of Dragon Raja (Android and iOS)