Noah's Heart is an open world role-playing game developed by Archosaur Games, the same producer of Dragon Raja. The game was released in early access on Google Play and is available even in Spain.

Early Access is an open trial for all players. Noah's Heart is online and requires a relatively powerful smartphone.

Noah's Heart isn't exactly new here on the site. We've already talked about Noah's Heart in other articles here and here. The game was announced in 2020 and had its first beta in China in July 2021. To our surprise, the game was released in early access on Google Play in Spain. 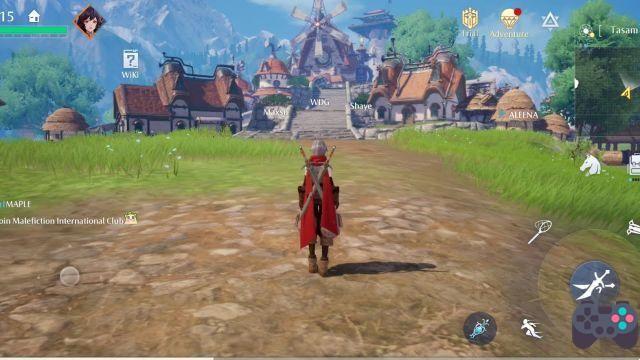 With almost 8 GB of data to download, Noah's Heart impresses graphics using the Unreal Engine 4, but the game falls back on the old MMORPG scheme with “automatic missions”. Calm down, there is salvation. As far as we've played, the game doesn't have automatic battles, it just tells you the missions.

Despite the shortcut for automatic missions, accessible through a shortcut in the right corner of the screen, Noah's Heart has battles in which you'll have to fully control the character. This is very positive. I hope the game doesn't disappoint with auto-battles that pretty much turn most MMORPGs into AFK games.

The open world full of possibilities also draws attention. In addition to fighting monsters and following the plot, the game allows you to fish, hunt, mine and build things.

There are only two major problems for the average Spanish gamer. The game is all in English. In times when almost everything is localized to our language, this is a bad thing.

The other problem is that just like Genshin Impact, Noah's Heart exists at least one premium mid-range or top-of-the-line smartphone today.


To learn more about Noah's Heart, you can access the game's official English page here.