Nintendo hopes to make a profit again in 2015, with help from the smartphone market 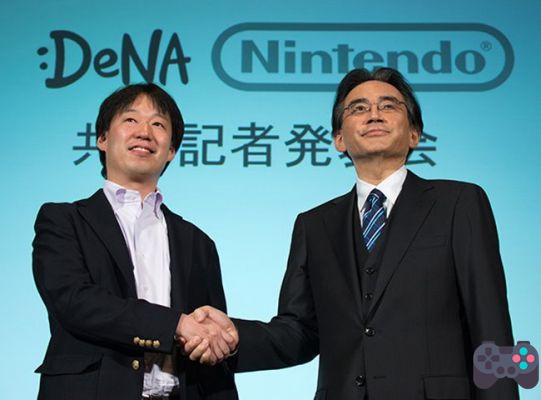 Nintendo fans are celebrating the company's first positive balance in four years. However, much of the good news is due to the depreciation of the Yen against the Dollar. Something that helped the company's revenue in several countries. Still, Nintendo is optimistic, especially regarding its partnership with mobile game company DeNA.

Nintendo CEO Satoru Iwata assumed that "some of the profit" should come from the partnership with DeNA. "We definitely want a game this year. And then we want to launch new applications, surely each one will be a success,” he told reporters at an earnings conference in Osaka.

Isao Moriyasu, CEO of DeNA, said in April that the partnership will bring bonds and revenue of 3 billion yen a month. In a sign of further diversification, Nintendo also said on Thursday that it would license Universal Parks & Resorts its characters for new theme park attractions.

The two companies did not provide details on the timing or scale of the partnership. Iwata said they could collaborate at Universal Studios Japan in Osaka or other Universal theme parks.

Earlier on Thursday, Nintendo said it had booked operating income of 24,8 billion yen for the year ended March 31, 2015 out of the red in those four years (since 2011) due to lower cost of sales.

For the next year, the company forecast Wii U sales at around 3,4 million consoles, with those of its 3DS handheld console likely to drop to 7,6 million from 8,7 million the year before. Nintendo shares closed 2,5 percent lower ahead of earnings release, against a 1,2 percent drop in the broader market.

add a comment of Nintendo hopes to make a profit again in 2015, with help from the smartphone market