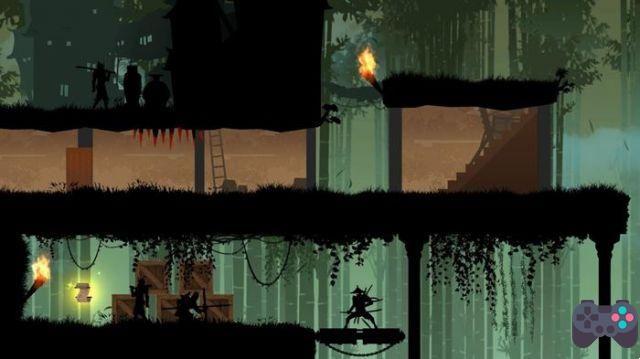 The producer Black Panther launched this week on Google Play the game Ninja Arashi. It is a 2D action game. In command of a ninja, the player must cross scenarios full of traps and powerful enemies.

Ninja Arashi borrows the look of games like Limbo and Shadow Fight 2. The commands are simple and ingenious. To move the character, just tap the arrows on the left side of the screen. On the right side are action buttons like throwing shurikens, jumping and performing a running move that is also a sword attack.

Despite the proposal, Ninja Arashi is not a hack'n slash. The sword strike takes a long time to charge. If he misses, the player will have an unpleasant surprise: his character dies with a single blow. 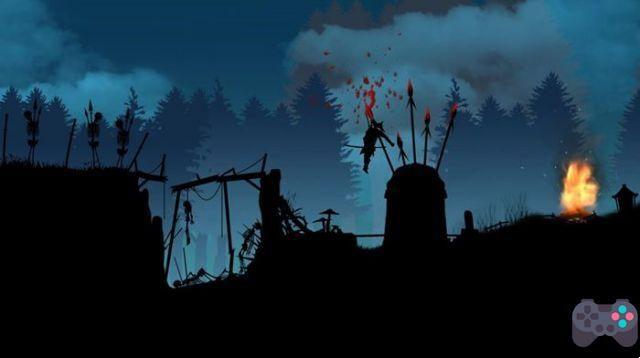 So Ninja Arashi's challenge is to go through the levels without dying even once. Of course it will not be an easy task. Therefore, the game has a system of checkpoints and continues that use ads to be activated.

Even if there are ads, nothing prevents the player from repeating the stages as many times as he wants. Altogether there are 45 scenarios divided into three different maps. The game still hides pleasant surprises like an evolution system for your moves and skills.

Ninja Arashi is one of those games that, despite having a casual feel, has an above average quality. The challenge is inviting and even if you lose, you can play as many times as you want. The game works perfectly without the need for an internet connection.

add a comment of Ninja Arashi: 45 thrilling levels in a 2D and OFFLINE action game