Niffelheim is a simulation game and RPG that draws attention to arte “dark” and style gameplay "survival“. command a viking warrior who fell in battle and ended up in the nordic limbo of the cold where demons and dark beings inhabit. The game had already been released for consoles and PC in 2018. Niffelheim is paid and offline. 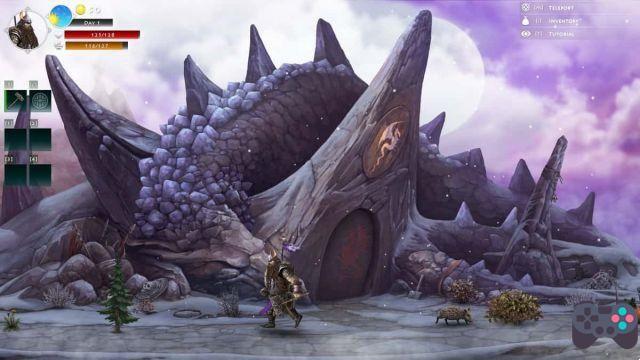 On mobile, the game has only the campaign mode, the gameplay is all in side-scrolling format. There are no elaborate commands. Movement is simple and the main objective is to “farm” resources to avoid the death of the warrior and other characters.

The highlight of Niffelheim is its art in the best “dark fantasy” style. It's a somewhat repetitive game on PC and consoles, but whose gameplay went down very well on mobile.

Anyone who has played games like Another World or Shadow of the Beast , enjoys games with “cheesy” art and scenarios different from the beaten “green fields”, will love Niffelheim,

Niffelheim is available on Google Play and Spain's App Store. The game costs BRL 27,99 on Android and BRL 27,90 on iOS. Much more expensive than on the PC, where it usually goes on sale for up to R$ 12,57.