Netmarble has opened pre-registration for Ni no Kuni: Cross Worlds No. Android and iOS. the page of open world MMORPG It is already available in Spanish on the App Store and Google Play.

Here you will check the pre-registration, expected release date e requirements to play plus this amazing mobile game. 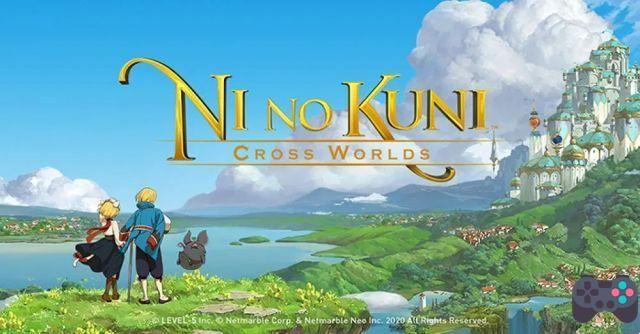 Highlighting the Unreal Engine 4 and an open world created for players to have fun in the fantastic universe of Ni no Kuni, Cross Worlds promises to be one of the biggest releases of the year in terms of Online RPG.

It has already been confirmed that Ni no Kuni: Cross Worlds will arrive subtitled in Spanish from Spain.

How is the gameplay of Ni no Kuni: Cross Worlds

First released in South Korea and Southeast Asia in June 2021, Ni no Kuni: Cross Worlds is an open-world MMORPG with versions for Android and iOS.

The game is set in the Ni no Kuni franchise, a series of RPGs created by Level-5 in partnership with Studio Ghibli.

In the game, players are beta testers (check it out!) of a virtual world called “Soul Divers”. But something goes wrong when an AI violates the rules of the game by imprisoning players. But she did it for a good reason. The players' mission will then be to help the nation of Evermore.

In Cross Worlds it is possible to play with several classes such as: mysterious fencer [Swordsman], the magical spearman [Witch], the genius gunslinger [Engineer], the playful archer [Archer] and the muscular hammer bearer [Destroyer]. It is also possible to collect pets that help in the battle in the best Pokémon style.


Below, you can see a gameplay of the Japanese version, showing how vast the game is and full of things to do:

According to the App Store, the release date of de Nino Kuni: Cross Worlds IS in the day May 25, 2022.

These requirements are very scarce to exemplify how the game would behave on current intermediate or basic smartphones. But I believe that any smartphone with Snapdragon 660x series and 4 GB of RAM will be able to run the game.

There is information that Netmarble wants to implement NFT or Play to Earn (game to earn $) in Ni no Kuni: Cross Worlds. However, this information says that this "may" be added to the game in the very near future.

You can pre-register the western version of the game on the official website soon.