NFT games: interest in the subject reaches the lowest level in the last 12 months

Ended! NFT games are more down now than they were when the topic first started popping around 12 months ago. That's what Google's tool that measures public interest through searches, Google Trends, reveals. 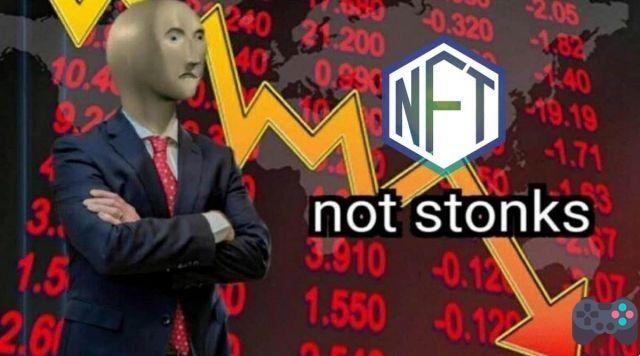 The term NFT Games exploded in popularity between late December 2021 and mid-January 2022. Since then, the topic has only dropped, and with the “crypto winter” that took place in June and July, when cryptocurrencies crashed. to lower levels than before the pandemic.

The Rise and Fall of NFT Games

*It is worth remembering that nowadays the Google tool can understand semantics and synonyms. So similar terms like “NFT Games” and “Blockchain Games”.

After their meteoric rise, NFT games and Blockchain games in general started to be a very bad subject, even by lovers of quick cash leverage. Hungry for hype and yet another fast-growing game, even player-investors are wary of NFT games.

A succession of digital catastrophes have hit the crypto world since the beginning of the year. Give billionaire hacks, scams and catastrophic errors, the NFT gaming world didn't need any enemies or "evil state": the NFT is a threat to the NFT itself.

All this went bad, really bad

Traditional game companies couldn't even get into the "game"

The funniest thing about it all: some traditional video game companies, thirsty for quick and easy profit, didn't even have time to understand the technology and join in the fun.

All it takes is a game company announcing that it's going to release something NFT-related, and a barrage of negative comments occurs.


Konami released a collection of Castlevania NFTs on OpenSea and made just $160 in profit. Yes, a lot of money for one person, but for a game company, I bet Konami expected to make a lot more profit.

Square Enix started releasing NFTs of Final Fantasy characters very modestly. When purchasing a figure of a character, the buyer receives an NFT for authenticity. But optionally, since the version without NFT is cheaper.

Recently, Mojang announced that it will ban NFTs in Minecraft. The note on the subject was one of those: “they create spaces of exclusion that conflict with the platform's guidelines”. In other words, NFT is a “rich people's club” where only they can “play”.

Steam has made it very clear since last year that it would not include NFT games on its platforms, despite MIR4 being on Steam since its launch. Weird.

What about Epic huh? That one can't see the chance to grow up that embraces it tooth and nail. After the Apple lawsuit flop, Epic urgently needs a way to make a quick profit to regain lost ground.

Developers should be free to decide how to build their games, and you are free to decide whether to play them. I believe that stores and operating system manufacturers should not interfere by forcing their opinions on others. We definitely won't.

The chat is nice, until some bullshit happens and spills over into Epic's reputation. The Epic CEO's Twitter quote directly contrasts with a comment by Tim himself in the Tweet last year.


We're not touching NFTs, as the entire field is currently tangled up with an intractable mix of scams, interesting decentralized technological foundations, and scams.

It seems that Tim forgot how NFT was and forgot to follow the market. Currently, there are many more scams, bugs and hacks in the market and fewer opportunities, not to mention the interest of the public that now sees NFT games with a bad eye.

You yourself suggested that NFTs are a scam, which I think it's widely agreed that they are, but you're suggesting that regardless of that fact you're still going to allow such games on your store?

For me, NFT became the talk of broken old people crazy to make a quick profit.

add a comment of NFT games: interest in the subject reaches the lowest level in the last 12 months