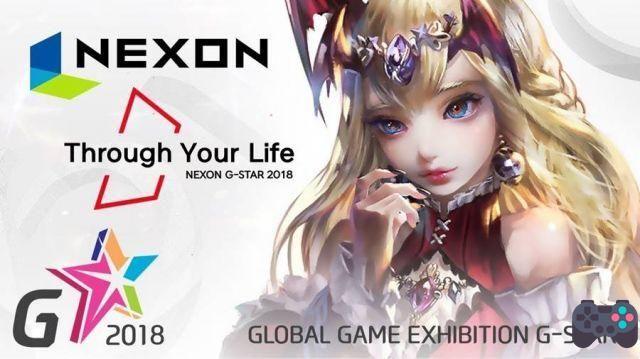 The biggest gaming conference in South Korea, G-Star will be held from November 15th to 18th, and Nexon has already prepared its lineup with many new games for Android and iOS that will be released in 2019. There are 12 new games for you. mobile and 2 for PC.

We have separated all trailers presented by Nexon. Check out!

First announced in 2017, Mabinogi Mobile is expected to have a playable version at the games fair. Developed by devCat as a mobile MMORPG, players will experience features such as camping, collecting, hunting and other social experiences. The playable classes here are also not fixed, but determined by the type of weapon you have chosen.

There's a game I wanted to see in the west. An online multiplayer of Bomberman, even if it had many freemium features, would be a good choice. If you are under 20, know that this is the first “Battle Royale”. And before you ask, no, this is not an official Bomberman, Crazy Arcade is a multiplayer PC game from Nexon that has several types of gameplay, among them, this one that will win a Bomberman-style mobile game.

Just like Mabinogi, it's another PC game that will get a mobile version. Despite the "Ragnarok" footprint and MMO style, the game will be divided into episodes. TalesWeaver M will have 8 episodes.

The Kingdom of the Winds: Yeon

Another MMORPG game for mobile phones. Based on a classic (by the eastern bands), The Kingdom of the Winds: Yeon will hardly come to the west.

Lyn: The Lightbringer is the first mobile game from developer Pulsar Creative, which will be released in South Korea by Nexon. The studio was founded by a former art director for Lineage 2, a former technical director at Webzen, and a former art director at NHN. The main focus of the game will be to collect the many heroes available. I believe that this one comes to the West for sure, as it is one of Nexon's main focuses for the next year.

Created using Unreal Engine 4, Traha is being touted as a high end mobile MMORPG, both on a global scale and in graphic quality. There are two realms at war in Traha, with a focus not only on PVE and PVP, but also life skills and trading. It appears that players will be able to switch classes by switching weapons in a system known as "infinite class". A serious competitor for

Known as the “mobile version of Tree of Savior”, Spiritwish is already in beta testing in South Korea. Developed by a new in-house Nexon studio, NEON Studio, Spiritwish looks set to release shortly after G-Star wraps up. The game's design and gameplay makes it suitable for the western market as well.

OK, this looks like an interesting indie game. It would be nice to have a Nexon game that wasn't online or with energy bars. Like Lode Runner 1.