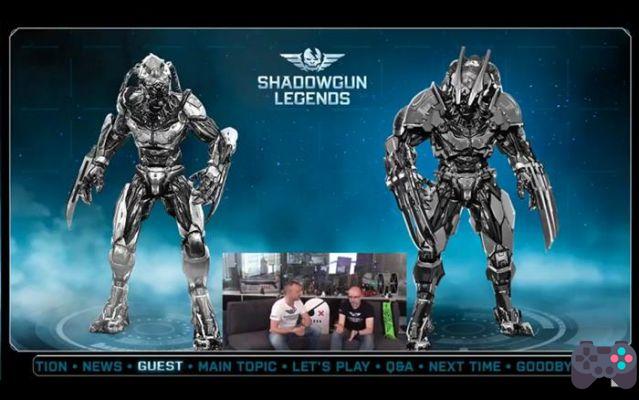 Madfinger games held today (13) a new livestream on Youtube e Twitch. The event once again brought the producer of Shadowgun Legends, Marek Rabas, to explain and show some concepts of the characters in the game, especially the villains.

Titled “Meet your Enemy”, the live reconfirmed that the game will have a campaign mode. Shadowgun Legends' story mode can be played cooperatively and will have very difficult bosses that will require teamwork. According to producer Marek Rabas, many dungeons will be very complicated.

Another point touched upon in the live was the way they structured the game's enemies. With a high polygon count, the visuals of the cybernetic creatures in Shadowgun Legends are almost as impressive as the soldiers we will be controlling.

The livestream ended in a good-natured way, with a short video showing the enemies (Set it to 39:40). The first one to be introduced was the only one that had a name, Dread. With the appearance of the predator from the Predator movie, he is a fast enemy focused on melee attacks.

The other enemies shown have firearms. One of them was already shown to the public during the last livestream, a big guy (still unnamed) who uses a shield to defend himself. A sniper enemy was also introduced that promises to give players work.

According to the game's producers, the gameplay and the intelligence of the enemies are being refined and will make the game more difficult and more fun.

And that was our little summary of the Shadowgun War Room #03 – Meet your Enemy livestream. According to one of those present, they will present the lore of the game in the next livestream, which takes place in two weeks.

Shadowgun Legends remains without a confirmed release date. The game is scheduled for release in 2017 and will have versions for Android and iOS.