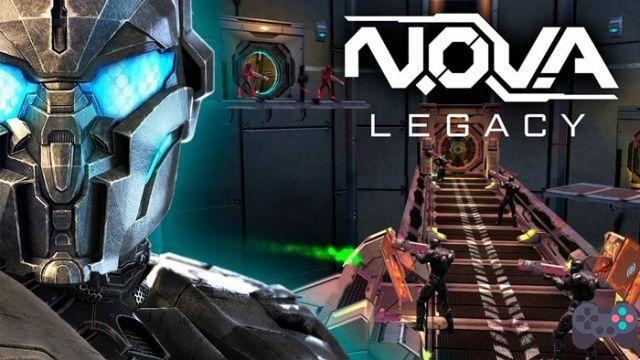 NOVA Legacy is already in Google Play. And yes, it's the Official launch of the game in Spain. The long-awaited shooting game for Android weighs only 23 MB of data to download. with mode offline campaign and online multiplayer mode, NOVA Legacy It's the perfect combination of fun that will take up little space on your phone.

NOVA Legacy was developed by Gameloft's Minsk studio, the same studio responsible for Asphalt Nitro. The highlight of the game is the technical prowess of compressing the content of the first game into a game where you only need to download 23 MB. To download, once installed, the game unzips its content and occupies about 300 MB.

- How is the game NOVA Legacy?

In campaign mode, we control Kal Wardin, the legendary soldier who, with the help of the AI ​​Yelena, is going to fight against aliens. The game focuses on action with short but fun missions.

The commands are identical to other Gameloft shooters for Android. In NOVA Legacy, use the left side of the screen to move the character and the right side to shoot.

As said, the game has offline singleplayer and multiplayer modes. The multiplayer mode is online and supports up to 8 players in the same match. In this mode, NOVA Legacy Reminds me a lot of games like Halo and Quake. In other words, lots of action and frantic shooting.

One of the biggest concerns for players is the NOVA Legacy freemium elements. Yes, they are present: energy bar, coins, crystals, letters, etc. Fortunately, in multiplayer, there are no power limiters.

Revisiting the locations of the first NOVA is a great satisfaction. While the campaign has been tweaked to satisfy the game's monetization, the multiplayer mode offers limitless fun. The game is available for Android devices from Android 4.0 Ice Cream Sandwich up to Android 7.0 Nougat. The graphics are excellent and the gameplay says a lot about what the next one will be like. Modern Combat Versus.