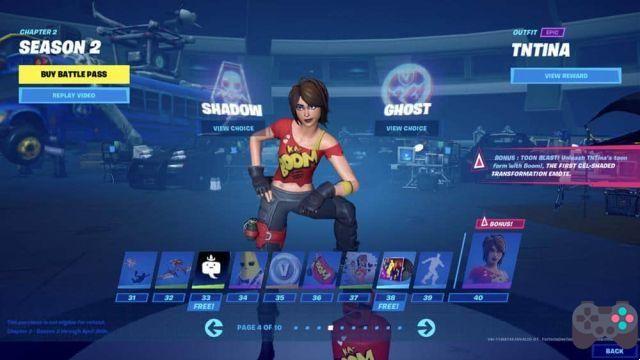 Check out the top new games released for Android and iOS in the last two weeks!

The last two weeks were “cold” of releases on Google Play and App Store. But we had good surprises in the last few days.

One of the highlights of the last few days was the successful soft launch of Area F2. The game is an immediate success and a strong candidate for one of the best shooters of 2020.

In this game, players are invited to experience a little-known gameplay in mobile shooting games, the CQC. In this style of game there is no map and it takes strategy and reasoning to find out where the enemies are.

Dead by Daylight Mobile officially launched last week. The horror game that features 4v1 multiplayer was literally the creator of this subgenre that became a fever in the stream. One player controls an assassin and the other players need to evade him.

The mobile version has identical gameplay to the PC, but you'll need a powerful smartphone.

Speaking of potency, Fortnite launched on Google Play by surprise. The game has already arrived on the right foot with a live rapper show at an exclusive event.

Epic games decided to launch the game on Google Play to give more visibility to the title, which was previously only available through APK.

Mr Pumpkin 2: Walls of Kowloon is a puzzle game with a very different look. It looks like an adventure, but it's just a puzzle game, which doesn't mean it's a bad thing. The player will have to explore different environments and solve puzzles of different types. The game stands out for the variety of puzzles.

Sony's former mascot debuts its mobile game with Crash Bandicoot Mobile. Developed by King, the game is in testing in some countries, but it looks quite promising. I know a lot of people will criticize for being a “runner”, but that's it guys. Free game, remember that.

Dino Squad is a game that mixes MOBA and shooting game. With impressive visuals, and gameplay, ditto, this action game went under the radar and few people know about it. The differential is to put the camera in the third person view, instead of the “aerial” camera that many are used to.

Gameloft gave fans a present. A collection of Java games available for free for mobile game lovers. There are a total of 30 games that even work offline and are in Spanish.

Rocky Rampage is a game that mixes side runner with something similar to Angry Birds gameplay. The objective is to destroy everything that comes your way in a game full of animation.

A mobile Golf game with real-time multiplayer matches. The game has a mode for 4 or 8 players. The graphics are beautiful and the gameplay is well adapted to mobile phones.

Dirt Bike Unchained is another Redbull game from the Unchained series. After two good bike games, the new game is motorcycle racing in the mud. A very beautiful game, but a little heavy. That's 839 MB of data to download and requires at least a current intermediary.

Hue is a vibrant, award-winning puzzle adventure where you change the world by changing the background color. With the help of a color wheel, the player can solve puzzles and pass levels.

You've been hired by the Hyperspace Delivery Service to make a delivery to the planet Miridian V. Located on the far side of explored space, the journey to Miridian V will be a perilous yet lucrative journey filled with wacky robots and unpredictable star phenomena.

Game originally released for Nintendo Switch. An online shooter where you can become invisible. The character becomes visible only when shooting.

Avoid attacks from all directions, defeat enemies and acquire items to strengthen your character. Try to get a higher score with strong characters. Game is the mobile version of a classic game designed by the same creator of Aero Fighters (Sonic Wings), but it didn't have the same success.

A sinister adventure game. It's really a pleasure to meet you. I am Zogzo, Zelle's guide. What is Zelle, you ask? Hmmmm. In a word, it's a pretty… quirky game. Sometimes your hair can stand on end out of sheer terror. At other times, you may be overcome by the heat of love. Zelle is an unusual adventure and horror game.

New 3D MMORPG for mobile. Based on a PC game, the open world game has plenty of content for fans of the genre to explore. You can choose between 4 classes and collect characters that serve as if they were "pokemons", but they are really human avatars.

In Beyond This Side, a new game that arrived this week for Android and iOS, you control a man whose wife has disappeared. Investigate the disappearance while trying to find out what goes on in these dark alleys. Paid game, but it has a free demo version.