These are games already confirmed for Spain or that will have English versions soon. We left out, for now, some Chinese games that are without a release date.

But what do you think? Do you want one of them too? Leave comments. 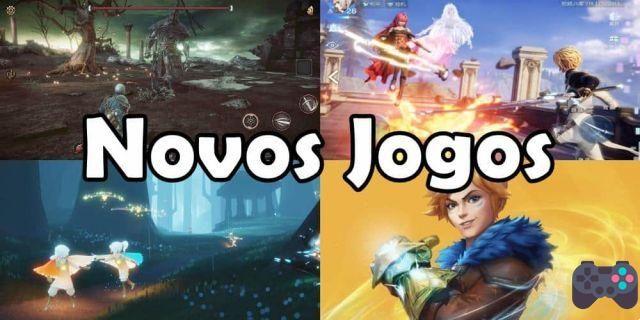 Pascal's Wager is an action RPG with strong gamistic influences in Dark Souls and Bloodborne. The title is scheduled to arrive first on iOS, but will also have versions for Android, PC and consoles (only no one knows when).

Now available on iOS, the global release of Sky: Chidren of Light (Children of Light). The game is already in testing and it is already possible to download by installing the APK through services such as QooApp or TapTap. Adventure game with beautiful 3D backgrounds and great story. Beautiful game, online, but focused on offering a good experience. Great for grab and go.

The MOBA with heroes like the Avengers and other Marvel characters will come to Android and iOS on November 19th. Marvel Super War was created in partnership with NetEase and will arrive in Spanish and with western servers. The game has been refined to exhaustion, it is very beautiful graphically and the gameplay is excellent.

Another MOBA in production from NetEase. What stands out in this game is its character design. The characters have a really cool anime look. The theme is somewhat reminiscent of anime like Boku No Hero Academia. And the similarity even yielded a partnership with the anime's producer that included several characters.

The official mobile version of League of Legends will be a separate game from the original, but will keep most of the mechanics and gameplay. It will be a version with faster matches, but still, it will have several champions from the classic LoLzinho on PC.

Already in testing on Android, Teamfight Tactics will win a mobile version on Android and iOS. In the strategy game, players face each other in a PvP arena. The player must level up their champions and let them battle alone. They say it's an Auto Chess clone, but the battlefield is a very different one.

It seems like every company that makes successful PC games is moving to mobile. Much hated in its official announcement, Diablo Immortal actually looks like an excellent game for Android and iOS. The game will be an RPG that will keep the traditional elements of the franchise, but monetize itself through consumable items in the game (one of the reasons for the hate).

Diablo Immortal is pre-registered on Android.

After the release of Naruto Slugfest in SEA (Southeast Asia), the possibility of the game reaching the west is very high. Naruto Slugfest is a 3D MMORPG with amazing graphics and action-focused gameplay.

Chinese games are invading the west. Before, they were seen as curiosity. But it seems that companies have opened their eyes and are bringing several games to Spain. And it doesn't even have to be a famous franchise game anymore. Dragon Raja is an RPG made in Unreal Engine 4 with the best graphics today. The game is in pre-registration on Android.

Shadowgun Wargames is a shooter with visuals and gameplay that looks like a mix of Team Fortress and Overwatch. The gameplay is focused on the skills of each “Hero”. Will the game rescue the “Hero Shooter” genre on cell phones?

Still without much news, the game is the next project from the creators of Vainglory, one of the most acclaimed MOBAs in the mobile world. There is not much information about the game yet. Is that a good Vainglory 2 there?

Game practically ready, I don't know why it hasn't been released on cell phones yet. Mobile version of a fun 2K basketball game, the title focuses on 1v1 matches in which each player controls two athletes. Just like the classic NBA Jam, the difference is the powers that each athlete can enable.

The matter even seemed to “have already died”, but EA made a point of bringing the information that it is indeed working to bring Apex Legends to new platforms. And as the game is now available for PS4, Xbox One and PC, only Nintendo Switch and Mobile are missing.

It's been a while since CAPCOM talked about Devil May Cry: Pinnacle of Combat. Game created in partnership with Yunchan and in Unity 5, the new DMC for mobile will target the Chinese market. The game won a trailer with gameplay in early December 2019.