There are some Android games that are amazing, but the exaggerated hype on Youtube almost finished them off.

Os new games for android that we are going to mention in this list took so long, but so long to come out, that you will even think: “Hey, but this game wasn't out already”? 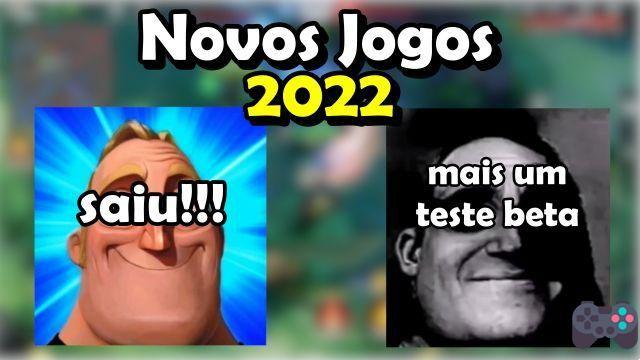 Well, until this release date of this article… no.

Some of the games mentioned here have already been confirmed that they will never be released in Spain.

This article is the video script:

Fuck where is this game guys?

Announced back in 2017, it's been 5 years and no Devil May Cry Peak of Combat has been released here.

But that didn't make the launch any easier.

So far, Devil May Cry Mobile (Peal of Combat) remains without ANY global release forecast.

The game was released timidly in China in June last year.

There were several beta tests and then the game opened an open test but with a Chinese phone requirement and that was it.

The company responsible for the launch here is NebulaJoy, it had confirmed the launch in the west, but that was in June 2021.

At least there is still hope.

Diablo Immortal is literally a Dukem Nukem Forever of RPGs.

Think of a novel.

Announced in 2018, the game created in partnership with NetEase was a laughing stock worldwide in its announcement.

Jokes aside, this was a huge injustice because the game is very good.

So what's missing for the launch? I don't know.

We even did an interview with the development team, tested the beta and nothing.

As if the complicated development wasn't enough, Diabo Immortal is still from Blizzard, a company that got involved in gigantic controversies that culminated in its sale to Microsoft.

Naruto is one of the most popular anime franchises that exist on planet Earth.

An MMORPG game in which you create your Genin and go on adventures in Vila Oculta da Folha would be a success, right?

It wasn't quite what happened.

The release of Naruto Slugfest in Southeast Asia took place in March 2020 and was a complete disaster.

It looks like the game had a catastrophic server crash and took 3 months to fix.

This resulted in a terrible impact on the Asian release and caused the game to be delayed indefinitely in the West.

Not even having the name Naruto, being an official game licensed by Masashi Kishimoto himself, saved the game.

Naruto Slugfest has pre-registered in Spain.

The production company gave up and released a new version called Naruto Slugfest-X. And this one was well received.


Oops, did I say launched? I meant one more beta test in the Philippines, since January 2021.

We are already in January 2022 and nothing to be released in other regions.

Until today, two years later, the game remains without a date for the west.

Warning: do not confuse this game with NARUTO MOBILE 3D KING OF NINJUTSU, this is unofficial and has already appeared on Google play with other names such as Will of Shinobi.

Remember this game? Announced back in 2016… two thousand fucking sixteen!

The mobile version, in fact, was never released in the West.

With frantic battles and female characters that (cough cough) are quite interesting, the game made in Unreal Engine 4 was one of the most impressive titles at the time.

Produced by Action Square, Blade 2 had a complicated development. The rights were passed to KaKao Games in South Korea.

It seemed like a recipe for failure, but he was well received there. Even winning some awards in 2018.

In the west, the only way to play is on Nintendo Switch, in a poorly made port.

Now for the interesting news.

Blade 2 Return of Evil will be reworked as an NFT game and will be called Blade RE Action.


Will it go out here now? 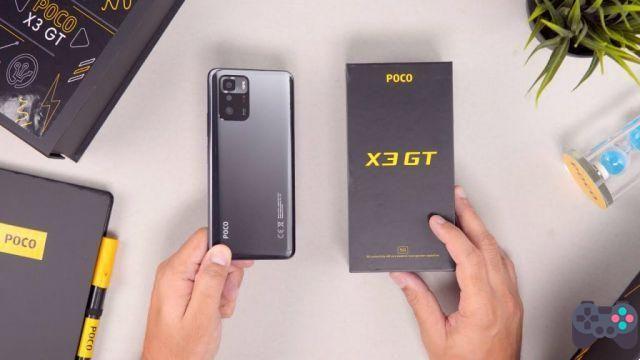 After several rumors in 2019, 2020 and 2021, the mobile version of APEX Legends simply disappeared from the crowd.

The reason? Simple, the game was never released.

It's so much beta testing that we even get sleepy. Serious. When does EA intend to release this game?

For those who don't know the game, Apex Legends would be what we can call an accelerated Battle Royale.

The game has fluid movement with the possibility of sliding and making big jumps. Some characters can run at even faster speeds, use ziplines, and even teleport.

A very addictive game that was supposed to have been released on cell phones for years.

Odin Valhalla Rising is that typical case where youtube pisses you off about the direct game and in the end, the game is exclusive to South Korea.

Sold on Youtube as the supreme MMORPG and that would be comparable even with PS5 games, Odin revealed itself as another one of those online RPGs with everything on automatic.

Amazing graphics, but with an Autoquest and autobattle system that completely ruins the immersion experience. In the end, it's just a game of leveling, leveling and leveling. Not to mention that this one has Pay to Win up to the stem!

Autogames aren't really our vibe, but there's an audience that loves it. No problems. So much so that the game was a huge success in Korea.

The real problem is the pay to win!

Castlevania Grimoire of Soul was announced, tested and then canceled by Konami themselves.

The game did not meet the expectations of the company that was to fill the c * with money until it said enough.

The problem is that most Castlevania fans are aware and wouldn't put up with a full kosher game of the franchise.

Presented in 2018, the game was in beta testing throughout 2019. Then Konami decided to launch a soft launch in Japan and Canada.

After evaluating, the company decided to pull the socket of the servers. Players who spent real money on the game were refunded.

Curiously. The game returned in 2021 as an Apple Arcade exclusive.

And it's amazing, right? Not really.

Castlevania: Grimoire of Souls did well to be cancelled. The game is very repetitive and even with purchases disabled in Apple Arcade, it is still a boring game that gets boring fast.

Dear Konami, do us a favor and launch Rondo of Blood on mobile!

By the way this is the coolest name for a company ever.

And so? where is this game?

The producer even raised 10 million dollars for the new game in 2019.

The game has changed its name and will be called Catalyst Black.

Amidst “pão de mia” the launch of the game was postponed.

And that was really it. No news about Catalyst Black.

In the middle of the way, Super Evil Megacorp put the Vainglory All Stars.

Eternally on Soft Launch in Indonesia, DC Unchained was supposed to have been DC's answer to Marvel Future Fight, a game that was quite successful on mobile between 2016 and 2021.

In the same vibe, but with heroes like Batman and Superman, DC Unchained mixes brawling with RPG. The game was released in 2018 in that country.

It was to be used as publicity with DCEU releases in movies and series. bringing skins and characters referring to the movies that were going to be released. But as we all know, it all went wrong.

DC Unchained had its global release cancelled, all social media for the game was deleted, and it was shut down in October 2021.

Congratulations, what the fuck huh Warner.

This Marvel game is a fantastic MOBA with characters straight from the latest MCU movies and series.

The game receives constant content to this day and is one of the best games with Marvel characters on mobile.

Developed in partnership with NetEase, this is literally a League of Legends with heroes like Iron Man, Wolverine, the Fantastic Four and even the Eternals.

All mixed up and maybe even spoiling the MCU's next steps.

This is that time when you ask: where is this game?

Well, apparently Disney / Marvel vetoed the launch in the west, and Marvel Super War was restricted to Southeast Asia, Oceania and East Asia,

It came out good, was it hard to launch in Europe? Even in the US, they launched a server there that we played from here.

And with this incredible disappointment we end our list of hyped games that didn't come out or will never come out here.

I'll leave some clips running from other hyped games that also disappeared from the map.

And you which hyped game you still expect or that disappointed you deeply, leave a comment. A big hug and until next time.

“Oh no wait. not going to say anything about the PayDay Crime War?” .

“Calm down boy, the game will come out and it will be top.”

Game announced in 2016 folks, it was bought by a company known for buying flopped game to die there.