Netflix started releasing its games in a terrible way

The announcement that Netflix would start releasing games made the internet vibrate. But the first games presented are not exactly new games. Worse, the company pulled old games from app stores to “sell” them as “new”. 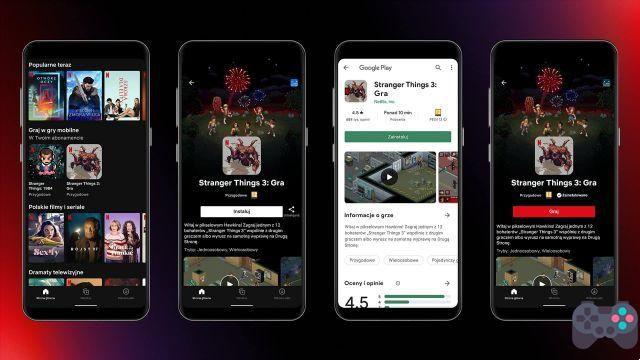 That's exactly what happened to Stranger Things: 1984 e Stranger Things 3. Two games produced by BonusXP were pulled from the app stores. They are no longer available for download. Both games can still be found in the app stores only by those who have downloaded them before.

If you haven't downloaded or purchased any of these games before, you'll now need to be a Netflix subscriber to download them.

This is quite different from what many users expected, which was streaming games via cloud gaming (like xCloud and Stadia).

My concern is that “Netflix games” becomes something like Amazon's Twitch Prime, which offers rewards in free games and games. Something that's not bad, but it's quite different from what many expected it to be.

I have no doubt that Netflix will eventually move to cloud gaming at some point. The official Twitter that showed the news in Poland says that there is a lot of work. Apparently, a lot. It started with the “left foot”.

Let's talk about Netflix games. Starting today, users in Poland can try out two Android mobile games: Stranger Things 1984 and Stranger Things 3. We are at an early stage and we still have a lot of work to do in the coming months, but this is our first step. pic.twitter.com/T2QlTH4xoY