NetEase to End Rules of Survival and Creative Destruction in June

End of an era in mobile games. The first two Battle Royales that were inspired by successful PC games will be ending soon. NetEase will close the servers and shut down the activities of the games Rules of Survival e Creative Destruction. 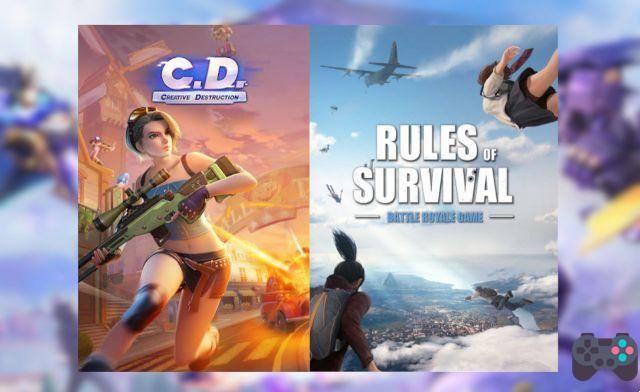 Before you say Free Fire, Rules of Survival was the first Battle Royale to be created on mobile. The game was a mode of the Chinese game “Terminator 2” (released in China on August 17, 2017). The mode was so successful that they decided to release it in the West. The western version came out as a separate game and spent a lot of time in beta testing. Rules was released 45 days after the western version of Free Fire.

Creative Destruction was released in 2018 to follow up on the success of Fortnite. A troubled release as the game was first released as Fortcraft and received tons of lawsuits from Epic Games.

Both were relatively successful in the first few years, back in 2017, but suffered a lot to maintain the “hype”.

Rules of Survival reached 280 million players and to celebrate the company launched modes for up to 300 players.

Creative Destruction had 100 million active players at the height of its success in 2019. But the game has suffered a lot since Google decided to delete all searches about Fortnite on Google Play. Furthermore, the recent success of Fortnite's "no construction" mode proved that the game's concept was already outdated.

Thank you for your continued support and love for Rules or Survival
We regret to inform you that Rules of Survival will cease operations on June 27, 2022 at 15:00:00 (UTC+8). After that, players will no longer be able to access Rules of Survival game servers, and all account data and character information (including but not limited to characters, diamonds, items, materials) will be deleted.
You can request a refund for unused Diamonds on the corresponding platform from 28/06/2022 10:00:00 – 28/09/2022 18:00:00 (UTC+8).
We sincerely apologize for this and thank you once again for your tremendous support of Rules of Survival.

Both games will be retired at the end of June 2022. On social media NetEase thanked the countless fans and support given throughout this period.

It's time for a change in competitive mobile shooters. Free Fire and PUBG Mobile are experiencing stagnation, while many players wait to play Valorant, Apex Legends and COD Warzone on their mobile versions.