Naruto slugfest won a new test version and practically becomes a “white label” game. The game that has already passed through several game publishers in Asia, struggles to have its place in the sun. This time, the game will be released by NAR Game in Malaysia. 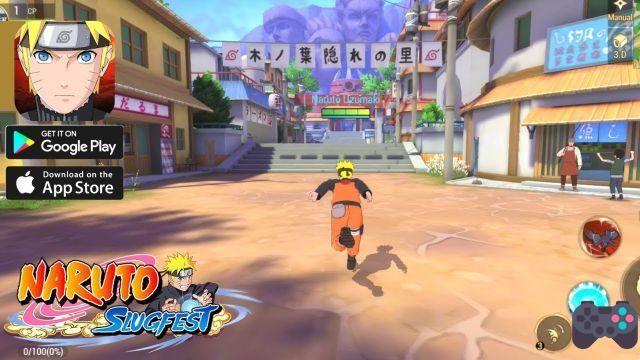 With the promise of a launch also in the West and with versions planned in English, Spanish, French and Spanish, Mars Games tries to avoid a disaster after having invested so much in the game. Slugfest was developed by the Hydrogen Happy studio and has already passed through the hands of publishers such as GameSamba and NAR Game.

The question is who is this NAR Game. It looks like one of those unofficial releases where modders learn and unlock a deactivated game and release it unofficially.

Of the mobile games that were a complete failure, few had as much wasted potential as Naruto Slugfest.

First introduced in 2019, Naruto Slugfest is a 3D graphics MMORPG set in the Naruto anime and manga universe.

Naruto Slugfest had the worst release ever in mobile gaming history. The servers collapsed and the team that developed the game didn't know how to fix the error. The title spent months on hold until other publishers bought the right to release it in other countries.

Naruto Slugfest was even pre-registered on Google Play in Spain, with a release date of April 24, 2020. But with the disaster of the launch on the servers in Asia, the game was put on “sauce”, indefinitely.

Confusion aside, Naruto Slugfest is a good game, and it has the potential to be very good. The studio just needs to get the schedule right on its servers and avoid another disaster like the one that happened in March 2020.

Naruto Slugfest also has a reduced version called Naruto SlugfestX. This “X” version, released by GameSamba, is a version with less content and designed to “launch game by game”. It is only available in the Philippines.


So, is the new Naruto Slugfest an official release? The game's official social networks have been stopped since 2020.

ANDROID GAMES THAT TOOK TOO LONG