Naruto Slugfest: 3D MMORPG for Mobile is in Pre-Registration 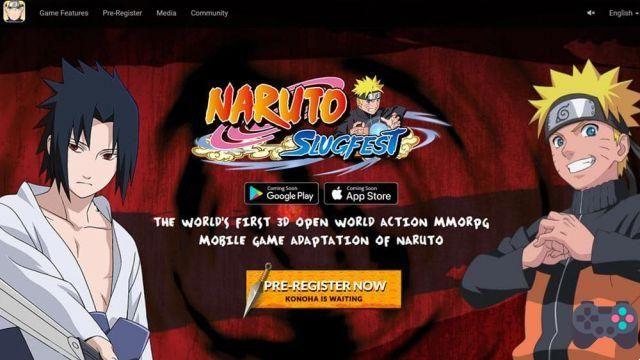 After many beta tests, Naruto Slugfest will finally be released on SEA. The game is in pre-registration via its official website.

Naruto Slugfest, MMORPG game with 3D graphics will be released soon in Southeast Asia and will be available to play from Spain. The game is licensed by Masashi Kishimoto, the creator of the Naruto manga.

It is worth remembering that when a game is launched on SEA, it is commonly available to play directly from Spain, without VPN. Players will be able to access the game in English but will have to deal with high ping.

Android users will be able to download the APK from any website that provides it (APK Pure, Qoo-app, Tap Tap and etc). iOS users will need an App Store account in Singapore, Philippines, Malaysia, Indonesia, Thailand or Vietnam.

For now, there is no forecast of a launch in the West, but as with other Chinese games, if the “hype” is too great in the West, they will also launch here. An example of this was the game of Knights of the Zodiac, which is not by Bandai and was released in Spain and is a huge success.

add a comment of Naruto Slugfest: 3D MMORPG for Mobile is in Pre-Registration