My Hero Ultra Impact was finally released for mobile devices, both iOS and Android. The game had entered pre-registration in the first weeks of January on the main mobile stores (Google Play and App Store) and officially arrived for players on February 9, sorry for the delay in reporting the release. 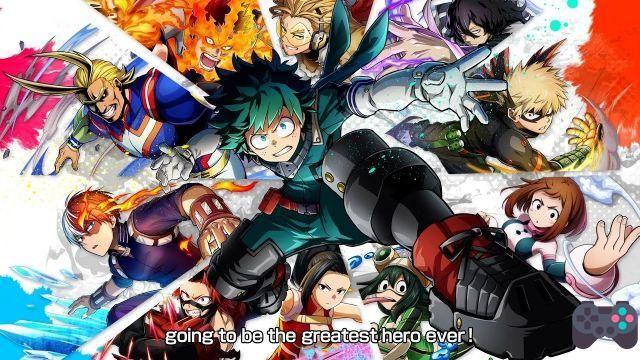 Licensed by Bandai Namco and Funimation, My Hero Ultra Impact is a 3v3 turn-based RPG that features the iconic characters from the Boku no Hero Academia universe in a Chibi style. Players can team up with their favorite heroes or villains to become the number one hero or villain.

Each character has its individuality and players can develop their powers, being able to activate them with a touch, as well as building skill chains with their character's quirks. It's up to users to evolve their quirks by training with teachers and professional heroes at the USJ fan base. Check out gameplay below:

The game attempts to faithfully follow the story of Boku no Hero Academia, which we've seen in the five seasons released so far, from the first meeting between Izuku MIdoriya and All Might, through the disaster at USJ and the UA Sports Festival, to the menacing arrival of Shie Hassakai.

Other important factors of the game are the beautiful illustrations that players can collect, customization of bases for heroes and villains to enter these spaces, in addition to the famous PvP mode, present in most RPGs today.

My Hero Ultra Impact is doing very well on mobile stores, earning an average of 4/5 stars and over 10 reviews on Google Play. as well as 4.4/5 stars on the App Store, surpassing 800 reviews. It is worth remembering that the RPG is available for free on both platforms, containing in-app purchases that can reach R$449,90 per item.

add a comment of My Hero Ultra Impact arrives to try to fix MHA: The Strongest Hero mistakes