My Friend Pedro: Ripe for Revenge is released for Android and iOS

My Friend Peter: Ripe for Revenge arrived today (4) in the app stores as a free game, but with “premium” purchase. the game for Android e iOS looks like ultra-casual headlines full of ads, but it's far from that. Ripe for Revenge is offline! 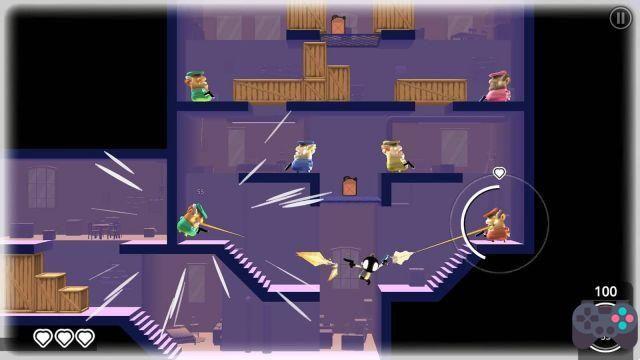 Ripe for Revenge is a mobile game based on the console game My Friend Pedro. It's not a port, it leaves the first person view and enters the 2D side-scrolling. But luckily, the adventure of this banana friend comes to cell phones completely offline and with a “premium” purchase that allows you to unlock all the content.

The gameplay is different, but it resembles games like To-Fu Fury, Cookie Must die and johnny Trigger. The game takes place in "steps", the player moves the character and then activates a slow motion, which allows him to perform impossible shots in the best "Matrix" or "John Woo" style.

Our narrator João Batista tested the game, check out what he thought in the gameplay video below:

Despite looking "weak" compared to other games of the genre, Ripe for Revenge has some qualities in its favor. The game is not as mercenary as other casual games. In addition, it has an in-app purchase that allows you to unlock all in-game content, gain access to an extra mode, and start over from a checkpoint in the level.

add a comment of My Friend Pedro: Ripe for Revenge is released for Android and iOS