Murders on Budapest: adventure in Spanish and free (offline game for Android and iOS)

Murders in Budapest (Murders on Budapest) is a free game to Android e iOS in an adventure style with visual novel elements. O game in spanish recently arrived on Google Play and App Store. This adventure stands out for having a free and a paid version. 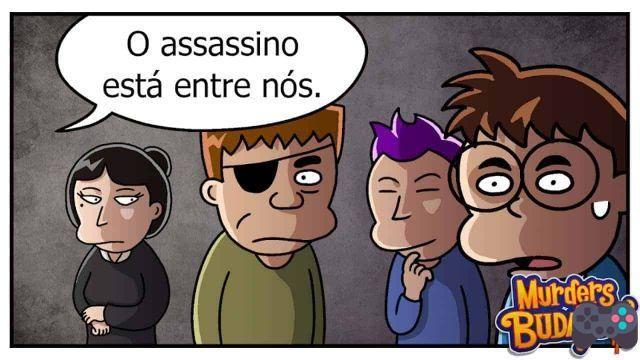 Murders on Budapest, as you can imagine, is about several murders that you will have to solve. The game takes place with a comic book look in which you play with your phone screen vertically.

In the game's story, one of the mountaineers is murdered, and the mystery involves a group of teenagers. Who was the killer?

The game takes place in the mountains. A boy named Doyle gets lost during a blizzard and encounters a group of mountaineers. One of the mountaineers offers him food and shelter. But as the group prepared to leave, they found one of their friends dead.

Murders on Budapest has minigames in which you will connect clues to find out who is the villain of the story.

A simple dash and a whole story in Spanish. There's no way to deny the "ticket" to a game like this. After all, it's free, right?

A nice, light game and all in Spanish. Also know the other adventure games from Buff Studio, all of them have a free version (with ads.

Yes, Murders on Budapest is completely free, but it displays ads throughout the game. To play without ads, the player can buy the premium version for R$6,99 (it's on sale, the regular price is R$13,99) on Android and iOS.

My Friend Pedro: Ripe for Revenge is released for Android and iOS ❯

add a comment of Murders on Budapest: adventure in Spanish and free (offline game for Android and iOS)