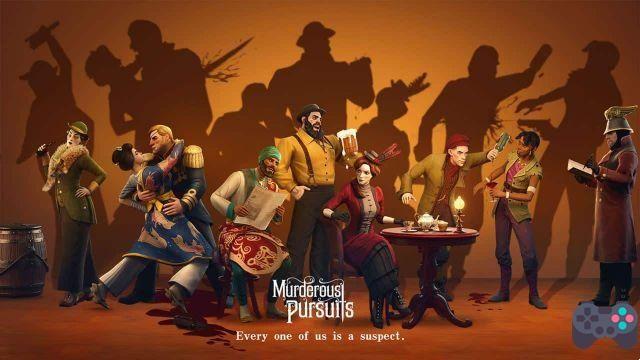 PC launched in 2018, Murderous pursuits has just reached the cellular. The port is being brought to the Android e iOS from NetEase Games.

Murderous Pursuits puts multiple players in a closed environment, and with one mission, kill or be killed. But this title is very different from the traditional one: “shoot everywhere”.

The game is inspired by those old investigation movies where a person dies in a house or train and everyone becomes the suspect. The game takes place in a Victorian-era airship.

You'll be able to use various techniques to finish off your enemies. Direct confrontation is the least indicated. Players can use techniques such as poisoning, pretending to be an NPC, or trying to trick their players with tricks.

A fun game of “cat and mouse”, where you don't know if you are hunting or being hunted by your opponents.

The mobile version impresses with the quality of the port. The game is very similar to the PC game, with almost identical graphics and gameplay.

Murderous Pursuits is a very unique and curious type of game. It takes online multiplayer play to a different side, going beyond simple “shooting”. Highly recommended game for those who are fans of chase games like Dead By Daylight, which even has a mobile version as well.

Murders on Budapest: adventure in Spanish and free (offline game for Android and iOS) ❯