Mu Origin 2 comes to Google Play and the App Store 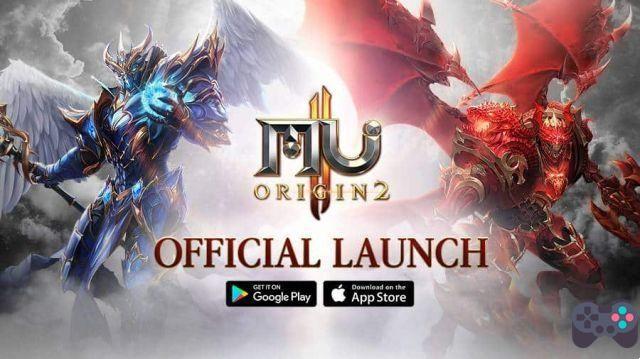 Webzen has just launched the MMORPG on Android and iOS MU Origin 2. The game had already been released abroad, and it was possible to download the APK and play without any problems. Now it's time for the Google Play and App Store versions.

With Spanish versions and server (to be reactivated this week), Mu Origin 2 officially arrives in the app stores to try to maintain the success of the previous title.

MU ORIGIN 2 is the second spin-off of the main series. It's not the same PC game, but the gameplay and combat is very simulated. However, we could already expect the addition of automatic modes (also present in the previous game).

I want to make a parenthesis here for the guys to understand once and for all. Auto modes are optional and they don't do everything themselves, they just farm for the player.

There will still be enemies and bosses that will need attention, otherwise your character dies.

The game is available in Spanish, English and Spanish. If it doesn't stay in Spanish right away, look for the option in the settings.

MU Origin is released in the West for Android and iOS

Among the characters are: Dark Knight, the perfect combination of power in close-range and long-range combat, the dark mage, a sorcerer that deals wide-area damage, and the character class Elfa, a master of ranged attacks and healing. They each have their own abilities that make them fun to evolve and play as they are capable of being equipped with various powerful gear.

Characters will look even more unique when accompanied by a Guardian Pet, who will join and aid players in battle.


To celebrate the release of MU ORIGIN 2, daily login bonuses and Happy Hour rewards are waiting for all players in the game. In addition, players will be invited to visit the official Facebook community and participate in various community events to share the trailer and their screenshots of the game.

To learn more about MU ORIGIN 2, players can visit the official website: http://muorigin2.webzen.com/, and discuss the game and participate in the latest events and offers on the official Facebook page: https://www.facebook.com/MUOrigin2Global/