Most profitable mobile games in the world in June 2021

Check out the mobile games that yielded the most for the producers.

Sensor Tower, a company that provides insights and indices on applications, released the list of the 10 most profitable mobile games of June 2021. The data collected in the Play Store and App Store also takes into account the Chinese versions of the games. 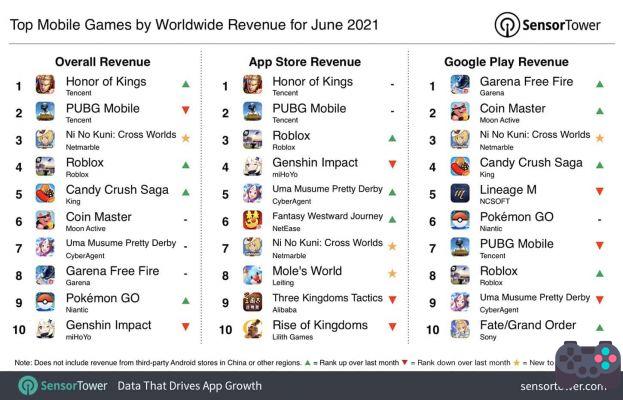 According to available data, Honor Of King, by Tencent, was the most profitable mobile in June with US$277 million spent by players. 95,6% of the revenue raised came from players in China, while 2% from Taiwan and 1,2% from Thailand.

According to Sensor Tower, the top 10 games together account for $1,4 billion in revenue from player spending in June alone Check out the most profitable games on the App Store and Play Store:

10 Most Profitable Games on the App Store in June 2021

10 Most Profitable Games on the Play Store in June 2021

It is worth remembering that many of these games are free, that is, the profit is obtained through microtransactions or advertisements within the apps, such as cosmetics, extra “lives”, items, among others.

Mobile games have lost their charm… now what? ❯